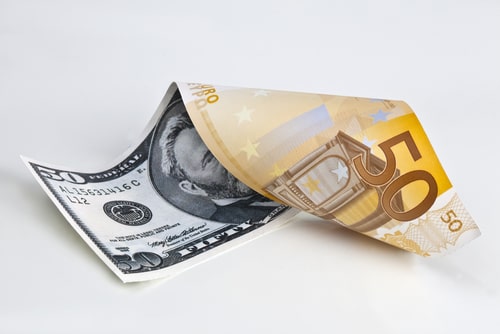 (Kitco News) The U.S. dollar lost to the euro as the number one currency used for global payments for the first time in nearly eight years, according to the Society for Worldwide Interbank Financial Telecommunications (SWIFT).

The last time the euro was in the number one spot was February 2013, Bloomberg reported, citing monthly SWIFT data, which incorporates international payment messages for more than 11,000 financial institutions in 200 countries.

According to the data, the euro was in the number one spot, followed by the U.S. dollar, then the British pound, and then the Japanese yen. In the fourth spot was the Canadian dollar, which bumped China's yuan down into the fifth place.

A more detailed look at the numbers reveals that 37.8% of the Swift cash transfers were completed in euros in October, rising 6% from about a year ago and marking the highest level since February 2013. On the other hand, the use of the greenback fell to 37.64% in October, down 4.6 percentage points.

However, despite losing the top spot as the most used currency, the Bank of International Settlements (BIS) said that the U.S. dollar is still a dominant force in international finance.

Around half of all international loans and global debt securities are denominated in the U.S. dollar, the BIS pointed out in its June report.