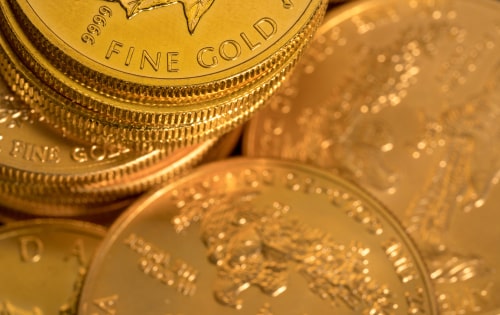 (Kitco News) Gold's path to new record highs is still intact despite November's disappointing price action, said OANDA senior market analyst Edward Moya, who is looking towards the $2,300 an ounce price target during the first half of 2021.

"Gold has been a very difficult trade in the sense of explaining some of these daily moves. The main driver for people has been that safe haven play. We saw all these vaccine announcements these past two Mondays, which are just great news for the hope that we're turning the corner," Moya said. "That really created an unwind for a lot of the safe havens."

However, what the future holds in terms of the coronavirus pandemic and the economic recovery itself is still very uncertain, which is why gold will remain an attractive investment into the year-end and in 2021, Moya pointed out.

"The current shape of the economy is still going to warrant unprecedented stimulus and lead to a much weaker U.S. dollar next year," he said.

The top three drivers for gold going forward will be rising coronavirus cases, a weaker stock market, and the unemployment situation across the globe.

"The U.S. will start to see cases hit over 200,000 a day. And as these disheartening thresholds are being met in the U.S., more lockdowns will be triggered and that is going to be the catalyst for making Congress act," Moya noted.

When local governments begin to struggle with supplies and hospital beds, Congress will put aside its differences and act. "COVID updates are likely to be the catalyst for ending the stalemate in fiscal stimulus discussions," he said.

Another major catalyst for higher gold prices is institutional investors' consensus that the stock market will be anywhere from 3% to 5% lower next year. "That is going to support the move into gold. People are going to be a little bit pessimistic," Moya stated.

And since the vaccine news is already priced in, there is not much to keep driving the stock market higher next year, especially considering that the next couple of quarters "are going to be really poor for earnings," he said.

The third top catalyst for gold will be the unemployment situation in the U.S. and the rest of the world. "The longer-term damage to the labor market is going to see increases in jobless claims. Investors are going to become more fixated with the weakness in hiring. And small business bankruptcies are going to increase and that's just going to keep the pressure on central banks and governments to do more," Moya explained.

Gold's price trajectory will not disappoint investors into the year-end, and during the first half of next year, the market analyst added.

The end of 2020 is likely to witness Congress resuming talks and the Fed signaling more action at its December 16th meeting. "That's when the Fed is likely to signal a boost to its monthly Treasury purchases. Also, if the Fed doesn't adopt the yield curve control, it's going to signal that it is getting much closer."

Moya did warn that the price action might be very messy. "We still need to see Congress deliver, and sadly, all these regional shutdowns, lockdowns, and school closures are just going to raise pressure for more stimulus to happen."

When it comes to next year, the first half of the year is looking like the one with the most gains for gold.

"I would expect gold to make a fresh record high at some point in the first half of next year. As far as how prices finish out the year, it's going to be extremely volatile. A lot of that is dependent upon how the virus spreads and how effective the vaccines are," Moya said. "I'm still fairly bullish on gold, and I think $2,300 is possible as a level."

Important to keep in mind that once the markets exit the pandemic trading, inflation concerns will come back, which is good for gold, Moya added.

"We've gone through a decade without not really fearing inflation. And those risks are going to start to percolate," he said. "That's why many people still look to gold to make that return to record-high territory in dollar terms."

The biggest risk for the precious metal next year is a scenario that incorporates a lack of stimulus and a much stronger outlook for the economy. "That could potentially have a massive unwind for gold," Moya warned.

Why gold will benefit from bitcoin's volatility

Another very interesting development in the markets has been bitcoin's breach of $18,000 this week.

"Bitcoin has really benefited from a big breakthrough in mainstream acceptance. We had the PayPal announcement, that was pretty big. We had the Biden administration tap Gary Gensler to run the financial authority there and Gensler was kind of viewed as crypto-friendly," Moya said.

And while many traders see the cryptocurrency taking investment flows away from gold, Moya noted that eventually, bitcoin's wild swing up would be reversed, and that will benefit gold. "Ultimately, you're going see cryptos have that violent behavior, and you're going to see investors preferring to trade gold's fluctuations instead."

Familiar bitcoin-mania has taken the cryptocurrency from this year's low of $4,000 to just above $18,000. "Right now, bitcoin is a fad again, and that's taken significant trading flows. You've seen people who had bitcoin at 1% of their portfolio up it to 5% because of these exciting moves. Eventually, that's going to go away. It's not going to be able to continue attracting these investors, especially at these wild fluctuations," Moya said.

And once bitcoin begins to decline, gold will be well-positioned to benefit "from the demise of bitcoin," he added. "Whenever we see these exponential moves higher, that's going to be another nice catalyst here for gold as well."