Is gold price in a zero-sum game? Here's the catalyst needed to go higher 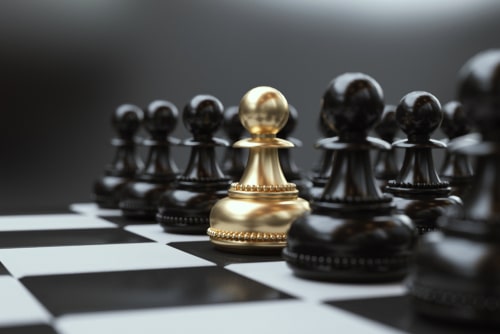 (Kitco News) Is the gold market stuck in a zero-sum game as the positive vaccine news is balanced out by high levels of anxiety due to the surging coronavirus cases?

"Investors continue to reassess the risk of stricter containment measures against the optimistic prospects of a vaccine," said ING strategists. "This dichotomy may prove to be a zero-sum game for markets at the moment, and we could see risk sentiment face further stabilization as we head into Thursday's Thanksgiving holiday in the U.S."

This week saw massive gold-backed ETF outflows, which weighed on the precious metal. But the market held its ground at the critical $1,850 an ounce level and managed to end the week on a slightly more positive note, with December futures last trading $1,872.30, up 0.58% on the day.

"Gold prices have been under pressure since the positive vaccine announcement on Nov. 9, but prices have found support on dips below $1,865/oz, at least for now," said Standard Chartered precious metals analyst Suki Cooper.

However, Friday's upside in gold should be taken with a grain of salt as it represents short-covering ahead of the weekend, said Kitco Metals global trading director Peter Hug.

"Today's move to the upside is just a pattern, covering short positions. People don't want to be short on the weekend. Selling usually starts on Monday," Hug noted.

Nevertheless, Hug said that he'd rather be long-gold next week than short-gold. But he warned that trading will be thin next week due to the Thanksgiving holiday, and investors must brace for extreme volatility. "When you have a thin market, you can get a lot of volatility," Hug said.

And, according to analysts, the precious metal currently lacks a catalyst strong enough to take it higher or lower.

The biggest and most likely driver that could push gold back above the $2,000 level is stimulus, said Hug. "The market is still waiting for a catalyst. From technical support, $1,850 is still showing resilient support. Catalyst will be a stimulus, and it might not come until January."

Until more stimulus is introduced, the most significant risk to gold is the pace of the gold-backed exchange-traded-products (ETP) outflows, warned Cooper.

"Biggest risk for gold prices is the pace of ETP net redemptions, one of our key watch factors. Previous corrections have seen modest net outflows of 20 tonnes. Still, outflows have already exceeded 50 tonnes for the month, on track to be weakest since April 2019," she said on Friday.

As coronavirus cases rise at record levels, government shutdowns could add to people's impulse to jump out of gold and into cash, noted Hug. "When you get that type of uncertainty, human nature is to move into cash. That's why you are seeing liquidation in some of the metal positionings," he added.

More shutdowns in the U.S. could help get stimulus out faster. Still, the additional damage they create could be dangerous for the economy, warned ING economists.

"With Covid cases on the rise across the U.S., we are seeing more states announce new containment measures. In the likes of Michigan, Wisconsin and California, we have seen dine-in restaurants/bars, gyms and places of worship forced to close while other states have introduced curfews/stay at home orders," the economists said. "These measures are likely to spread to other states but may not be enough to limit the latest wave of the virus if evidence from Europe is anything to go by. Rising hospitalization rates after next week's Thanksgiving holiday, historically a time for family gatherings, could hasten more aggressive measures, which would be more economically damaging."

Investors who got into gold and silver in March still have about a $300 and a $10 profit, respectively. "As markets consolidate and don't break out, people start to get impatient and tend to take money off the table," Hug pointed out. "Equity market is still holding. So, many are putting money into bonds for safety; some are rotating into the equity market."

RJO Futures senior commodities broker Daniel Pavilonis added that he also does not see gold breaking out until there is "a firm commitment to getting sizeable stimulus."

Those investors who'd like to be long gold, at least in the medium term, continue to see price dips below $1,860 an ounce as opportunities to buy, said Cooper.

Hug also noted that any weakness in the gold market is an opportunity to add to positions for medium and long-term investors.

There is still a chance that gold could drop to $1,820 an ounce next week, said Walsh Trading co-director John Weyer. "We could still see it break down to $1,820. After that, I'd be looking it a longer play in gold. In January-February, we could see an upward move above $2,000. We need something that breaks us out of thins range," Weyer said.

Mnuchin wrote to the Fed on Thursday, asking to return "the unused funds to the Treasury." This means that the key pandemic lending programs that the Federal Reserve uses to support businesses, nonprofits and local governments would expire on Dec. 31. In response, the Fed issued a statement, saying that the "full suite" of measures needs to be maintained.

This could potentially hurt the equity markets in the short-term, said Hug.

"You've got Powell saying they are doing as much as they can and the economy needs fiscal stimulus until the vaccine can do its job. Now, you've got Mnuchin coming out and wanting the money back. It appears that the Trump administration is putting as many roadblocks as possible into Biden's way," he said. "This makes markets nervous. The first crack is going to be the equity market and then, depending on the extent of that crack, the short-term effect could be negative for gold."

Despite being a short week due to the holidays, the U.S. will see a slate of data, including FOMC meeting minutes from the November meeting and the updated Q3 GDP data on Wednesday.

Other important figures to keep an eye on are the CB consumer confidence on Tuesday, as well as jobless claims, PCE price index, and durable goods orders on Wednesday.

Also, markets will be tracking the Black Friday sales figures to gauge consumer spending during the raging pandemic.