Is Powell-Yellen duo good news for gold price? 'Market is looking past realities on the ground' - analysts 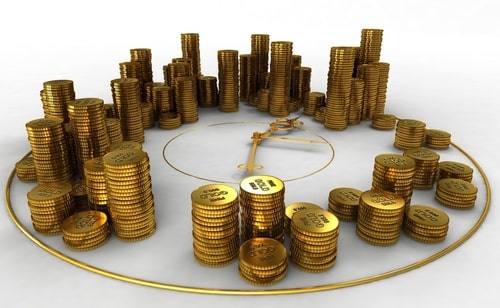 (Kitco News) Are markets underpricing the amount of stimulus that will be needed next year? And what will the combination of Federal Reserve Chair Jerome Powell and Janet Yellen as Treasury Secretary mean for gold prices?

Joe Biden's choice of Janet Yellen for the Treasury Secretary position has calmed the markets in the short-term, providing relief that Yellen can work very well with the Federal Reserve to stimulate the economy.

"It means that the Treasury and the Fed are going to be able to work well together going forward. This selection of Yellen abated a lot of fears," RBC Wealth Management managing director George Gero told Kitco News on Tuesday.

Dissipating fear, however, has been bad for gold this week, which is already under pressure from the elevated risk-on sentiment in the marketplace.

"As fears abated, a lot of gold buyers stepped aside and expressed more interest in equities that are running. Investors are seeing FOMO when it comes to stocks as the transfer of government seems somewhat seamless now, and all the attention shifts to the Fed meeting to see what happens to the U.S. dollar and interest rates," Gero explained.

Yellen's appointment will also be good for Biden's administration, he added. "Powell and Yellen worked together in the past very closely, and they seem to have pretty much the same philosophy."

Yellen's views are very similar to that of Powell when it comes to stimulus. Powell stressed just last week that more monetary and fiscal support would be needed as the recovery remains incomplete. "We still have 10 million people who lost work during the pandemic and still don't have jobs," Powell said.

Longer-term, these pro-stimulus views bode very well for gold, noted TD Securities head of global strategy Bart Melek. "Yellen was dovish as a governor and chair of Federal Reserve. She has fairly strong ideas about income inequality. She is an advocate of spending when it is necessary. And if there was a time when the government has seen the conditions that called for more fiscal stimulus, this is it," Melek told Kitco News.

Yellen chaired the Fed from 2014 to 2018. And with her as Treasury Secretary, new stimulus measures are more likely to be approved, said Commerzbank analyst Carsten Fritsch. "Yellen has described fiscal relief as essential, for example. The low-interest-rate environment is also unlikely to change in the long term. After its current losing streak, gold should therefore begin climbing again, even if this may well take some time yet and is likely to start from a lower level," said Fritsch.

In the short-term, there is no additional stimulus in sight, at least not until Christmas, Melek pointed out. "If it goes over into 2021 without a deal, there could be some significant damage being done, and the Fed will have to do more," he said.

Also, Yellen might be held back by a Republican-controlled Senate, Melek added. "At this point, Republicans are likely to control the U.S. Senate, which could mean smaller than expected stimulus. Yellen might be limited by what the Senate decides."

Right now, the market is discounting more stimulus, said Gero. But longer-term, Yellen will be for more stimulus, and there is likely to be more cooperation between legislators, he said. "Long-term, gold will still do well, but it will take some time."

Markets might be underpricing the need for stimulus amid the very hopeful COVID-19 vaccine news of the past three weeks, according to analysts.

"The whole idea that we will need less stimulus is wrong-minded. We will need as much stimulus as we did before. We always knew there was going to be a vaccine. There will be a massive output gap in the next six months. The market is looking past the realities on the ground. Don't see any second wave problems ending soon," said Melek. "Longer-term, we will need more stimulus, not less."

Gold saw some major selling on Tuesday as prices tumbled to the critical support of $1,800 an ounce. On Wednesday, the precious metal managed to hold that level and December Comex gold futures last traded at $1,814.20, up 0.53% on the day.

Better-than-expected economic data, vaccine news, and a rally in equities have been weighing on gold this past couple of weeks.

"We had 10-year Treasury yield move up robustly, steepening the curve," Melek said. "In terms of gold, that increases the cost of carrying. The U.S. dollar also remained robust."

The 200-day moving average remains at a critical level, with a possibility that prices could touch $1,792-95 support before stabilizing, noted Melek. "We are seeing a lot of the weaker longs get out of positions," he said. "Still think $2,000 plus is in the cards towards the second half of next year as inflation expectations manifest."

Gero said that most of the selling in gold is likely done at this point and that "the $1,800 an ounce will be the new trading base."

Commerzbank also sees gold stabilizing at the $1,800 mark, noting that despite the current risk-on sentiment, the thesis for higher gold prices remains intact.

"Despite the aforementioned arguments against gold at present, it should not be forgotten that nothing has changed as far as the long-term positive environment for gold is concerned. It is not the case that the soaring debt levels caused by the coronavirus crisis will simply disappear overnight. And it is also not likely that governments and central banks will prematurely withdraw their support for the economy," Fritsch said.