Blencowe Resources intends to deliver graphite in early Q1 of 2021

(Kitco News) - Blencowe Resources (BRES:LSE) has confirmed it intends to deliver a maiden JORC Resource for the Orom-Cross Graphite Project in early Q1 of 2021 following the successful logging of core.

The company said it wanted to bring its Orom-Cross graphite project into production and it completed its 69 hole (1,950m) diamond drill programme into the Eastern Limb Lode and the High-Grade Camp Lode in September.

There is still some work to do as 1,900 samples were completed at SGS in Tanzania for both grade assaying and metallurgical testing. They have now been dispatched from Tanzania to SGS labs in South Africa for assaying of the relevant elements as well as moisture and Specific Gravity determinations.

Executive Chairman of Blencowe Resources, Cameron Pearce said: "The continued growth of electric vehicle (EV) transport continues to accelerate particularly with the recent announcement by the UK Government to remove petrol and diesel cars from 2030,”. He then added “All EVs are currently powered by lithium-ion batteries of which flake graphite forms over 50% of Li-ion batteries, therefore, the graphite demand curve is expected to surge over the next decade.".

There has been a small uptick in the share price but the company listed in April 2019. A break of 8p could be significant as it has proven to be a stumbling block in the past. 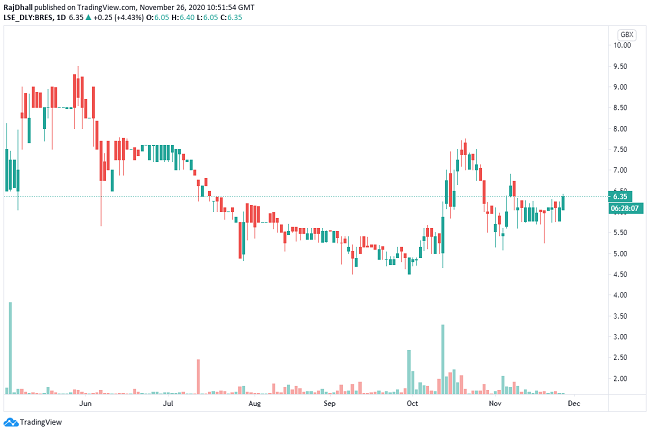