This is why $1,925 gold price is next: 'Stimulus is absolutely crucial' – analysts 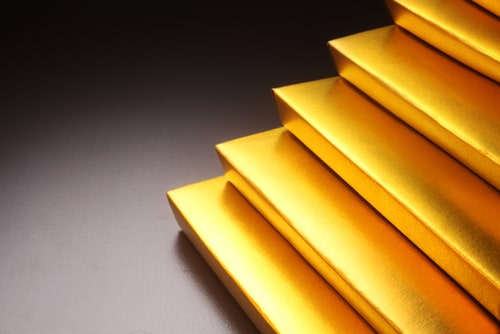 (Kitco News) Gold is trying to reclaim what once was a solid support level of $1,850 an ounce, and its next steps will be crucial. If breached, the precious metal has a chance to climb to $1,925, according to analysts, but here's what needs to happen first.

Gold has had a very successful start to December, recovering well after last week's selloff below $1,800 an ounce. At the time of writing, February futures were trading at $1,837.50, up nearly 3% on the week.

Next week, the key thing to watch in gold is whether it can break through the $1,850 an ounce level, said Kitco Metals global trading director Peter Hug.

"The $1,775 level was the line in the sand during last week's selloff, and we didn't break that level. From a macro picture, I am extremely constructive this market. From a technical perspective, because $1,850 proved strong support before, there might be some issues to get through that level. Gold already tested it twice this week. And normally, it tests a level like that three times before breaching," Hug said on Friday.

The steep move down last week was not justified, which is why gold is up so much during the first week of December, noted Hug. "People may have been taking profit and locking in capital gains in anticipation of Biden raising taxes. But the move down was not justified to that level. Once be broke $1,800, computer selling drove it down even further," he explained.

"The $1,856 level would be a big number to see, and we'll challenge that next week. Once that is breached, technical buying will start will come back. This week we also continued to see ETF selling, so that is something to watch next week," Nedoss told Kitco News.

All eyes on stimulus

Stimulus talks will be center stage next week as markets are encouraged by the support expressed for the bipartisan $908 billion coronavirus aid plan. On top of that, Democrats and Republicans are also facing the December 11 deadline to pass a $1.4 trillion budget. If not passed, they risk a government shutdown.

"Eyes are on the talks that Democrats and Republicans could come up with stimulus package before the end of the year. It is absolutely crucial to bridge the gap between today and when the vaccine can take effect," said Hug. "More liquidity in the market is positive for both commodities and equities. If they don't come up with a stimulus package, likely, we will not see it until February, which could put a damper on equities and gold as people move to cash."

The situation in the U.S. is getting more difficult with every passing day. And a very tough winter is still ahead, said analysts, who point to record high coronavirus numbers, which saw 213,000 new daily cases and 2,500 deaths on Thursday.

A slowdown in employment is already visible, and it can only get worse before getting better, noted Nedoss.

"We've seen positive employment growth for the past seven months, but every month it gets smaller and smaller," he said. "Employment numbers add pressure to get things done and also the pressure to keep the government actually open. If you bridge the two together, there's an impetus to do things."

Nedoss also expects to see further U.S. dollar weakness, which will be an additional boost for gold.

The upward trajectory for gold would include the following resistance levels — first $1,850, the psychological level of $1,900, and then $1,925, which would clear the path towards $1,975, according to analysts.

Hitting $2,000 by the end of the year if the stimulus is passed is also "not out of the realm of possibilities," added Hug.

However, not all are ready to jump on the bull market train, with RJO Futures senior commodities broker Daniel Pavilonis warning that the selling might not be over.

"The market is getting exhausted up here. I won't be surprised to see a pullback next week. We are in this bottoming process," Pavilonis said on Friday. "Gold could see $1,797.80 next week. And if we close below that, we could see some further selloff."

"Stimulus package may not be totally agreed upon, and they might kick the can to next year. And with vaccine news, the markets are perceiving light at the end of the tunnel, and excess stimulus is the thing of the past," he said. "If we are looking in that direction and the economy starts to get better, and the dollar strengthens, this will not bode well for the metals."

However, Pavilonis did note that if gold continues to head higher next week, it could be a "pivotal period where if we close much higher, we can continue the trend higher."

Another thing market participants need to be aware of is the "extreme elevated stock market levels," he said. "Wouldn't be surprised to see a correction in equities. Initially, the move in metals would be lower, but then that will be reversed to higher."

It wouldn't take much for gold to hit $2,000 in this case, Pavilonis added.

On the U.S. data front, analysts will be eyeing CPI and jobless claims numbers on Thursday, followed by PPI figures on Friday.

However, most of the excitement next week will be on the EU side of things, with the ECB meeting on Thursday as well as the possible conclusion to Brexit talks.

"Next week is all about Europe, with a 'super Thursday' that includes an ECB meeting (a QE expansion is widely expected) and an EU summit which should mark the end of negotiations on the Recovery Fund and Brexit," said ING FX strategists on Friday. "A top-up and extension of the Pandemic Emergency Purchase Programme are widely expected."