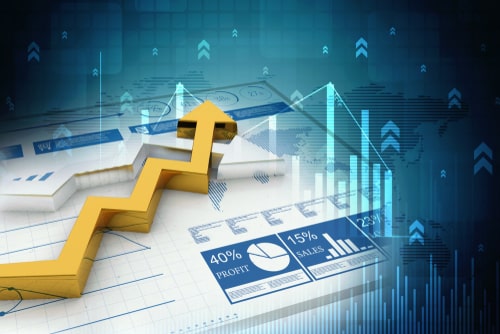 The U.S. Consumer Price Index rose 0.2% in November after posting the same uptick in October, the U.S. Labor Department said on Thursday. Consensus forecasts were calling for a rise of 0.1%.

Annualized inflation also came in above expectations, advancing 1.2% after posting the same increase in October.

Monthly core inflation, which strips out volatile food and energy costs, came in as expected, up 0.2% in November, following a 0.2% advance in October. Annualized core inflation also met expectations with a 1.6% increase.

The potential future increases in the inflation data will not impact the Federal Reserve’s decisions next year after the central bank said it is willing to let inflation run hot, said CIBC Capital Markets economist Katherine Judge.

“Given the increasing restrictions on activity to contain the virus, services price gains could moderate ahead, with gains in goods categories providing an offset. The reading implies that core PCE prices, the Fed's preferred measure of inflation, could be as high as 1.6% when the November data is released, but the Fed is looking for a sustained overshoot of 2%, leaving policymakers more concerned with the full employment part of their dual mandate as job creation has slowed,” Judge wrote.

Prior to the release, Kitco’s senior analyst Jim Wyckoff said that gold was “being squelched … amid less risk aversion in the marketplace.”

Wyckoff also pointed out that investors are eyeing the U.S. stimulus, which totals just under one trillion dollars. “Earlier this week attitudes on the matter were more positive, but have faded late this week as there is still no agreement between Democrats and Republicans,” he said.