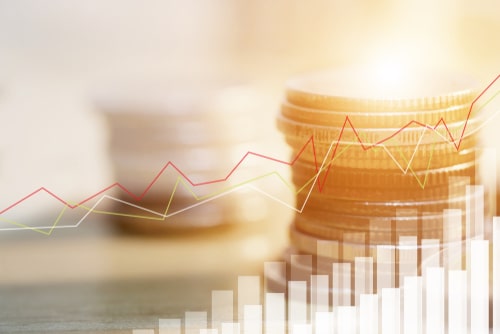 (Kitco News) Capital Economics has released its outlook for next year, in which it sees gold trading at $1,900 an ounce with a risk of more selling.

Gold is up around 20% on the year, a stellar performance, but most of that price action took place in the spring and summer months. Since September, gold has been consolidating towards the $1,850 an ounce level. At the time of writing, February Comex gold futures were trading at $1,831.70, down 0.65% on the day.

"We expect that the price of gold will trade at around $1,900 per ounce through 2021 as U.S. real yields remain low. That said, we recognize that there are some key downside risks to our forecast. U.S. nominal yields could surge and investors could intensify their selling of safe-haven assets, perhaps because of a faster-than-expected revival in U.S. economic activity," wrote Capital Economics assistant commodities economist Samuel Burman.

Gold has reached its peak back in August when prices hit a new record high of $2,075 an ounce. In the first half of the year, the precious metal was supported by low nominal and real yields, as well as accelerating safe-haven investment demand. Since then, however, investors began to slowly rotate their money into more risker assets. The move has accelerated in November on all the positive vaccine news.

"Our current gold price forecast is based on our view that U.S. real yields will slip a touch in the year ahead. The adoption of average inflation targeting by the Fed should keep nominal yields grounded, while higher oil prices should lift inflation expectations. Although this could boost the price of gold above $1,900, as it did earlier this year, we think that the main risks to our 2021 gold price forecast lie to the downside," Burman explained.

There are two main downside risks to Capital Economics' $1,900 gold forecast. The first is the possibility that the U.S. real yields rise once nominal yields pick up due to a quicker-than-anticipated economic rebound. Capital Economics is currently projecting for the world GDP to grow by 6.8% in 2021.

"The market currently expects U.S. interest rates to remain near zero at least until 2023, but this could be brought forward if inflation persistently overshoots its 2% target and if the unemployment rate falls quickly," Burman said.

The second downside risk is lower investor demand for gold in the new year. "Investors could intensify their selling of safe-haven assets, such as gold-backed ETFs," Burman wrote.

However, even in light of these risks, Burman offered some consolation, saying that any price declines in gold should be limited.

"The Fed would almost certainly step in to prevent nominal yields from increasing too much. Indeed, the new average inflation target is an attempt to avoid a repeat of the 2013 'taper tantrum' episode, when nominal yields surged on the back of market-based fears surrounding tighter U.S. monetary policy," Burman noted. "We [also] think that investment demand will remain high by past standards for some time yet. After all, yields are still ultra-low and there is also lingering uncertainty surrounding both the global economic recovery and distribution of coronavirus vaccines."