Editor's Note: The article was updated to reflect changes in prices. 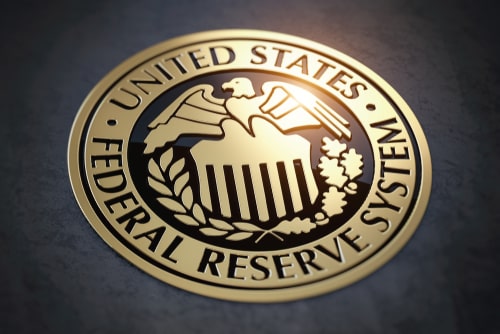 (Kitco News) Gold price reversed losses and spiked during the Federal Reserve Chair Jerome Powell's press conference, which stressed that the central bank will continue its asset purchases until "the job is well and truly done."

The Federal Reserve kept rates unchanged on Wednesday, while committing to buying bonds until the economy reaches full employment.

“The Committee decided to keep the target range for the federal funds rate at 0 to 1/4 percent and expects it will be appropriate to maintain this target range until labor market conditions have reached levels consistent with the Committee's assessments of maximum employment and inflation has risen to 2 percent and is on track to moderately exceed 2 percent for some time,” the Fed’s statement said.

On top of that, the central bank said it will continue its massive monetary policy stimulus until its employment and inflation targets are reached.

#POWELL: Any time we feel the economy could use stronger accommodation, we are prepared to provide it #FED

The Fed also released its economic projections, noting that it is looking at a slowing economy and that the path forward largely depends on the course of the coronavirus.

#POWELL: #Fed will say well in advance before starting to gradually taper the pace of purchases. Still some time away from that.

There were no significant changes in the dot plot, with rates expected to remain near zero until 2023.

During the press conference, which followed the central bank’s statement, Fed Chair Jerome Powell stressed that the next four-to-six months the situation will be difficult, assuring the markets that the Fed will signal well advanced before “starting to gradually taper the pace of purchases,” which is still far off.

“We do have the flexibility to provide more accommodation,” Powell added. “Purchases will continue until the job is well and truly done.”

Powell noted that any time the Fed feels that the economy could use stronger accommodation, the central bank would be prepared to provide it.

“The issue is getting through the next four-six months. Clearly, there is going to be a need for help there,” Powell said. “The coronavirus case numbers are so high and widespread, it seems that the impact on the economy will happen. You are seeing some slowing now and during the first quarter of next year.”

Powell estimated that the situation should get better in the middle of next year when people will start feeling comfortable going out and engaging in a broader level of activities. “During the second half of next year, the economy should be performing strongly,” he said.