'Silver may take the gold': Bloomberg Intelligence is looking at $50 silver price 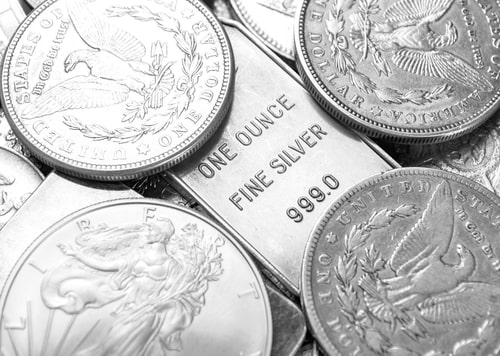 "Silver may be a primary metal at the forefront of favorable trends in electrification and quantitative easing, with technicals pointing to a nascent bull market, in our view," McGlone wrote on Monday. "Uniquely precious and increasingly industrial, probabilities lean toward the metal -- known as leveraged gold -- following its yellow peer to new highs."

New record highs for the silver market would be a breach of the $50 an ounce level. A move like that would double silver's current trading levels. At the time of writing, March Comex silver was trading at $25.37, down 3.83% on the day.

Bloomberg Intelligence compares silver's price potential to that of 2008, which saw the start of a rally that took the metal to nearly $50.

"Annual technical indicators for silver are akin to those during turns higher at the start of the new millennium and following 2008. We see the metal following a similar trajectory as the aftermath of the financial crisis toward $50 an ounce, but with greater potential for staying power on a path paved by gold," McGlone said.

This year's breach of the $20 resistance level was very significant for the metal and will help silver move higher next year.

"There's a good chance that the 2020 low at about $12 will be as enduring as about $8.50 from 2008, which hasn't traded since," McGlone pointed out. "The 2008 launchpad peaked in 2011 with silver matching the 1980 high at about $50. Underpinnings are firmer this time, as evidenced by the five-year moving average recently turning upward. A risk-off event like 1Q should find good silver support at around $20."

This year's price action was especially volatile amid all the coronavirus disruptions, with silver first falling below $12 and then surging to a seven-year high of nearly $30.

"Our take is bull markets are supposed to get overextended and this one may be just beginning. The market has turned upward following an extended period of subdued prices and may just need some back-and-fill before resuming the rally," McGlone wrote. "Technicals point to responsive buyers as more likely to prevail on dips than sellers on rallies."