Last-minute rally? Gold price to challenge $1,900 next week as investors shift away from risk assets 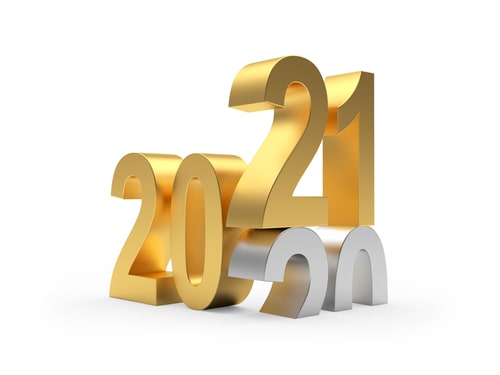 (Kitco News) Investors will be using the last week of the year to take stock, which could be beneficial to gold, according to analysts, who see traders taking equity profits off the table and reinvesting into safer assets.

"Historically, we tend to see investors reflect on some of the mistakes made in the past. What could happen is some people choosing to take profits on U.S. equities and deploying capital into assets like gold," Blue Line Futures chief market strategist Phillip Streible told Kitco News on Thursday. "Gold could see an influx of activity."

From the perspective of seasonality, gold also tends to perform well at the end of December and at the beginning of January.

"If asset managers want to book some profits and reduce risk in portfolios, gold is likely to receive some significant inflows in the final days of 2020," said FXTM chief market strategist Hussein Sayed. "We remain positive on the yellow metal as long as real yields continue trading in negative territory, which is likely to be the scenario in the year ahead."

This is why next week gold could finally hit the $1,900 an ounce level. But for a sustainable move higher, the precious metal will need to close and open above $1,920 an ounce, said Streible.

"We can punch through $1,904-05. If you look at gold, the trend since August has been lower, with lower highs and lower lows. If we get above $1,920 and we close in positive territory, then there might be something deeper there," he said.

Analysts remain positive on the metal, with many projecting to see new record highs in the new year.

One of the key gold price levels for next year is $2,300, OANDA senior market analyst Edward Moya told Kitco News.

The focus in 2021 will be on vaccine execution, but that won't be the reason why gold hits new highs, Moya pointed out.

"It is going to be a very strong year for gold. You are going to see unprecedented fiscal and monetary stimulus continue in the first half of the year. The Georgia Senate race remains a big question mark. You can't price in how much stimulus you will have until we get through that.
But even if Democrats lose one of those races and Republicans control the Senate, there will be a need for stimulus as all states are struggling," he explained.

The main reason for gold's upside potential next year is the reflation trade, Moya added. "Fed has been consistent, and we will see more fiscal support next year. This is the main reason why gold will make a strong run-up towards $2,300. This goes regardless of how things unfold on the vaccine rollouts," he said.

Moya also highlighted inflation as a big concern to watch next year, which will encourage a flight to gold's safety trade.

It will be a very light data week, with investors eyeing the U.S. C.B. consumer confidence on Tuesday and pending home sales on Wednesday.

Analysts will also be monitoring markets' reaction to the Brexit trade deal with the European Union, which made the headlines on Thursday.

"It was a long and winding road. But we have got a good deal to show for it. It is fair, it is a balanced deal, and it is the right and responsible thing to do for both sides," European Commission President Ursula von der Leyen told reporters.

All the details of the trade deal are yet to be made public.