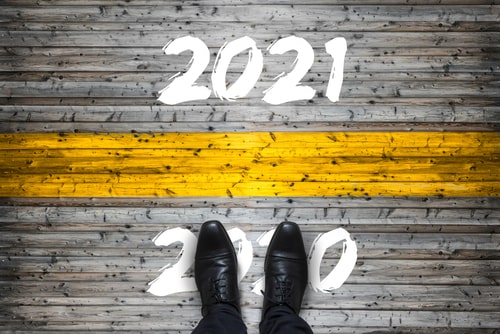 (Kitco News) Gold is looking to wrap this turbulent year with a gain of 25%, marking its best annual performance in a decade.

Aside from the general stellar performance in 2020, gold also saw its new record highs of above $2,050 in August. And after consolidating just below $1,900 an ounce in December, the stage seems to be set for new all-time highs in 2021, according to analysts.

"The 2020 gold high will be taken out. If we get an inflationary surge again, gold north of $2,500-$3,000 is a real possibility until the central banks start to re-tighten. But tighter monetary policies are at least a year away, if not longer," Kitco Metals global trading director Peter Hug said.

"Gold managed to trade to record highs this year, with a move to safety amid the uncertainty. Falling yields and a weaker USD only provided a further boost. While vaccine optimism abounds, we still believe gold prices will trend higher next year amid growing inflation expectations and negative real yields," said ING senior commodities strategist Wenyu Yao.

This week, gold saw support from a weaker U.S. dollar, with the DXY trading near 2.5-year lows on Thursday.

The still-rising COVID-19 cases and slower-than-expected vaccinations are also keeping the gold price bid. So far, only around 2.8 million Americans got vaccinated, which is well short of the year-end target of 20 million, Reuters reported on Thursday.

Also, the total number of COVID-19 deaths worldwide has surpassed 1.8 million, with the U.S. reporting 340,000 deaths.

Next week, analysts will be eying the Georgia runoff elections, which will determine who controls the U.S. Senate and how much stimulus to expect next year. President-elect Joe Biden, who will be taking office on January 20, is traveling to Atlanta on Monday to help with the campaign.

"The Georgia Senate race remains a big question mark. You can't price in how much stimulus you will have until we get through that. But even if … Republicans control the Senate, there will be a need for stimulus as all states are struggling," said OANDA senior market analyst Edward Moya.

Short-term price direction for gold largely depends on the scale of U.S. stimulus as well as the effectiveness of the vaccine rollout, said ING's Wenyu Yao.

"The reality is that we see a double-dip in some economies, given the latest waves of lockdowns. As our rate strategists have noted, a re-elevation in macro angst at the turn of the new year and well into the first quarter of next year could act as a drag on market rates. We doubt there would be enough to pull the 10-year down to 50bps, but a pullback to the 75bps area is conceivable. Should this timing coincide with a stimulus package, this should be enough for another leg higher in gold prices," she wrote.

Another critical factor to watch next week is how markets perform during the first five trading days of the year, said Blue Line Futures chief market strategist Phillip Streible, noting that investors might increase their inflows into gold.

"Pick any market to watch. The first week often indicates what will come later in the year," Streible said. "Investors often say they will have a better investment policy than last year. If people do see gold as a better asset in 2021, they will be repositioning more into gold, and it will perform well."

The biggest release to watch next week is Wednesday's FOMC minutes from the December meeting. Investors will be looking out for any change in the language when it comes to stimulus concerns or economic growth.