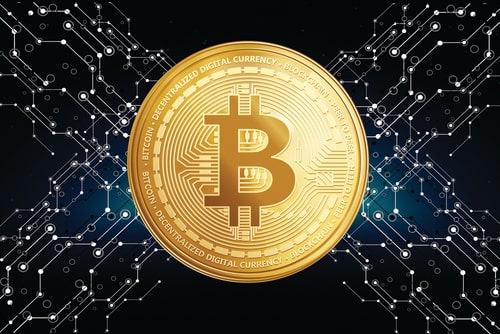 (Kitco News) Even after breaching $30,000, bitcoin's price peak is still miles away, according to JPMorgan, which does not rule out an advance to $146,000 in the long-term as the cryptocurrency competes with gold.

"Considering how big the financial investment into gold is, a crowding out of gold as an 'alternative' currency implies big upside for bitcoin over the long term," the strategists led by Nikolaos Panigirtzoglou wrote in a note on Monday.

JPMorgan's $146,000 target comes from bitcoin's market cap, which is calculated by multiplying bitcoin's price by the number of coins, rising 4.6 times and eventually matching that of private-sector gold investment. Bitcoin's current market cap is $575 billion.

However, this type of advance will be a multi-year process for bitcoin that will require much less volatility on behalf of the asset class to give investors confidence, the strategists added.

"A convergence in volatilities between bitcoin and gold is unlikely to happen quickly and is in our mind a multi-year process. This implies that the above $146k theoretical bitcoin price target should be considered as a long-term target, and thus an unsustainable price target for this year," the note said. "This long term upside based on an equalization of the market cap of bitcoin to that of gold for investment purposes is conditional on the volatility of bitcoin converging to that of gold over the long term."

In the short-term, JPMorgan sees bitcoin's position at above $30,000 as a challenging one. At the time of writing, bitcoin was nearing its all-time highs and was last trading at $33,505, up 4.74% on the day.

"The valuation and position backdrop has become a lot more challenging for Bitcoin at the beginning of the New Year," the strategists said. "While we cannot exclude the possibility that the current speculative mania will propagate further pushing the Bitcoin price up toward the consensus region of between $50,000-$100,000, we believe that such price levels would prove unsustainable."

Bitcoin has been accused of stealing attention away from gold at the end of 2020 when gold's rally stalled and bitcoin surged above $30,000.

The cryptocurrency is being viewed as a hedge against inflation and the depreciating U.S. dollar.

"Bitcoin's competition with gold has already started in our mind," the bank said, pointing to the recent outflow of $7 billion out of gold and more than $3 billion inflows into the Grayscale Bitcoin Trust.

JPMorgan sees this year's bitcoin rally as different from the one in 2017, when bitcoin came close to $20,000 for the first time on record. "[There's] little doubt that the institutional flow impulse into bitcoin is what distinguishes 2020 from 2017," JPMorgan said.

Last year, Anthony Pompliano at Morgan Creek Digital theorized that Bitcoin’s market cap will surpass gold’s in 2029. That was before bitcoin’s big rally.