(Kitco News) - Alba Mineral Resources (ALBA:LSE) has announced that surface drilling has recommenced. They say, processing of small bulk sample at a third-party processing facility has validated the Company's process flowsheet and confirmed the production of a 20.7 grams per tonne gold concentrate.

George Frangeskides, Alba's Executive Chairman said, "We are very pleased to report that the independent bench-scale testing has validated our process flow-sheet for Clogau ore, as well as confirming the production of a gold concentrate with good recoveries of gold to concentrate.  This gives us great encouragement as we near the commencement of operation of our own dedicated pilot processing plant.".

He then added, "Surface drilling has restarted after the Christmas break.  While drill hole LL004 encountered difficult ground, this is part and parcel of exploration drilling.  As announced on 21 December 2020, we now move onto the planned deeper holes, LL005 and LL006, to test the depth extent of the new vein system which we believe we have identified in holes LL001-003, each of which intersected significant quartz veins some 30 metres below the deepest previously worked zone at the Llechfraith mine area."

The share price is around 1% higher early UK trade although it was looking better at one stage. There is now a firm consolidation between 0.33 and 0.58. If there is to be a breakout to the upside then the top of the consolidation area will be an important resistance. 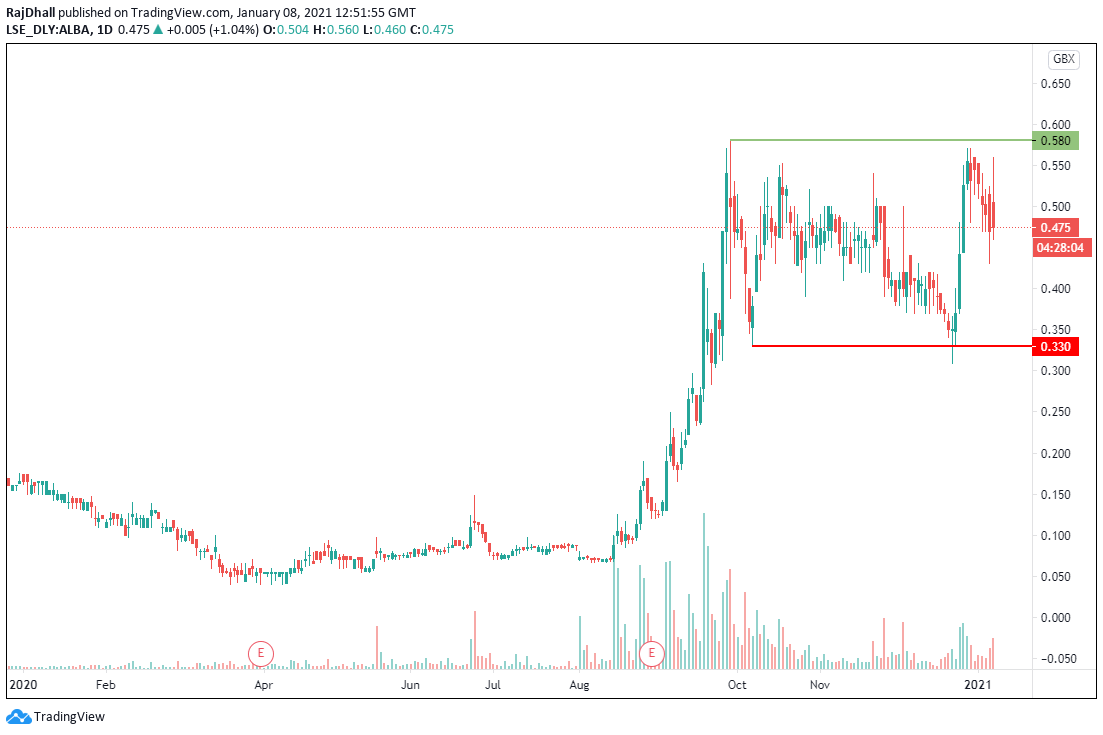