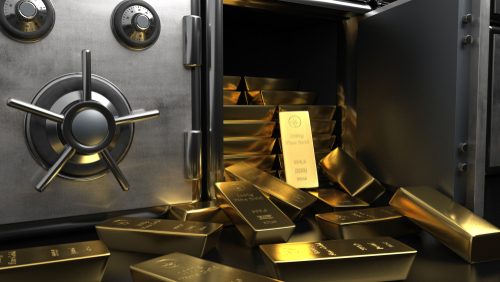 (Kitco News) Central banks around the world became net sellers of gold in November as they sold more than they bought, said the World Gold Council (WGC).

This is not the first time this happened in 2020. Central banks were also net sellers in August and September. The month of August marked the end of a year and a half-long period of monthly gold purchases.

In November, official global reserves declined by 6.5 metric tons. "Like August and September, when central banks were also net sellers, this was the result of continued moderate buying being offset by a few sizeable sales," said WGC research manager Krishan Gopaul last week.

Looking at the numbers in more detail, there was a total of 16 tons of gold bought in November. The countries that added the most to their reserves were Uzbekistan with 8.4 tons, Qatar with 3.1 tons, India with 2.8 tons, and Kazakhstan with 1.7 tons.

On the other hand, 23.3 tons of gold was sold in November, with Turkey leading the pack.

Gold prices were consolidating in November after a peak in August. At the very end of the month, the precious metal even dropped below $1,800 an ounce.

"It may be too soon to confidently conclude whether the previous trend of consistent net buying will continue, or if it has ended and a new trend has emerged. The data for December and early 2021 will be crucial to help build a bigger picture," said Gopaul.

Overall, the WGC does not believe that the central banks have changed their minds about the need for gold in their reserves.

"Gold's performance in 2020 (+25%) boosted reserve portfolios when it was needed. Our central bank survey conducted last year showed that gold's role as a risk-mitigation asset is highly valued," noted Gopaul. "While some uncertainty has eased in recent months (e.g., the US election and Brexit), the economic impact of the pandemic still poses significant risks which need to be managed." 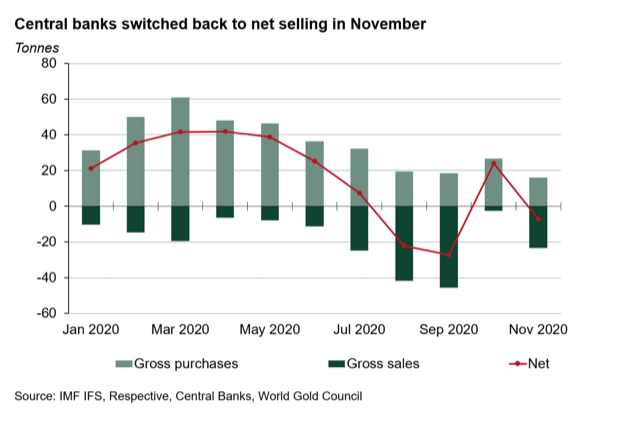 Even though central banks were net sellers in August, September, and November, the overall numbers from 2020 show that central banks are on track to remain net purchasers of gold.

The last time central banks were net sellers on an annual basis was 11 years ago, added the report.