LONDON (Reuters) - The pound was among the risk assets hurt by the recovering dollar on Monday, falling below $1.35 for the first time in 2021, while investors weighed up the risk of the Bank of England introducing negative rates.

The pound has fallen against the dollar and euro so far this month, after the last-minute Brexit deal signed in December was quickly overshadowed by tighter lockdown measures to combat the spread of a new variant of COVID-19.

Widening U.S. Treasury yields and the expectation of more fiscal stimulus lifted the dollar against its rivals on Monday, pushing cable below $1.35 for the first time since Dec. 30.

The next few weeks of the pandemic will be the worst so far in terms of people hospitalised, the government’s chief medical advisor, Chris Whitty, said.

Bank of England policymaker Silvana Tenreyro will give a speech about negative rates at 1400 GMT.

Market participants are pricing in negative interest rates for the UK for as early as May 2021, compared with an August estimate just after the Brexit trade deal was struck last month.

“The prospect of ever-tighter restrictions in the UK because of the new virus variant means that the economy is going to contract more in the first quarter of this year and that obviously puts more pressure on the Bank of England to consider easing policy at the next meeting in February,” said Lee Hardman, currency analyst at MUFG.

Weekly CFTC futures data for the week to Jan. 5 showed that speculators kept a small net bullish position on the pound for the fifth week running.

“Although increased fiscal support has weakened the case for a quick rate cut, the UK has still been one of the countries worst affected by the pandemic,” wrote RBC strategists in a note to clients.

“Combined with the negative effects of Brexit, it means we continue to expect that the Bank will ultimately be forced to take rates negative,” they added. 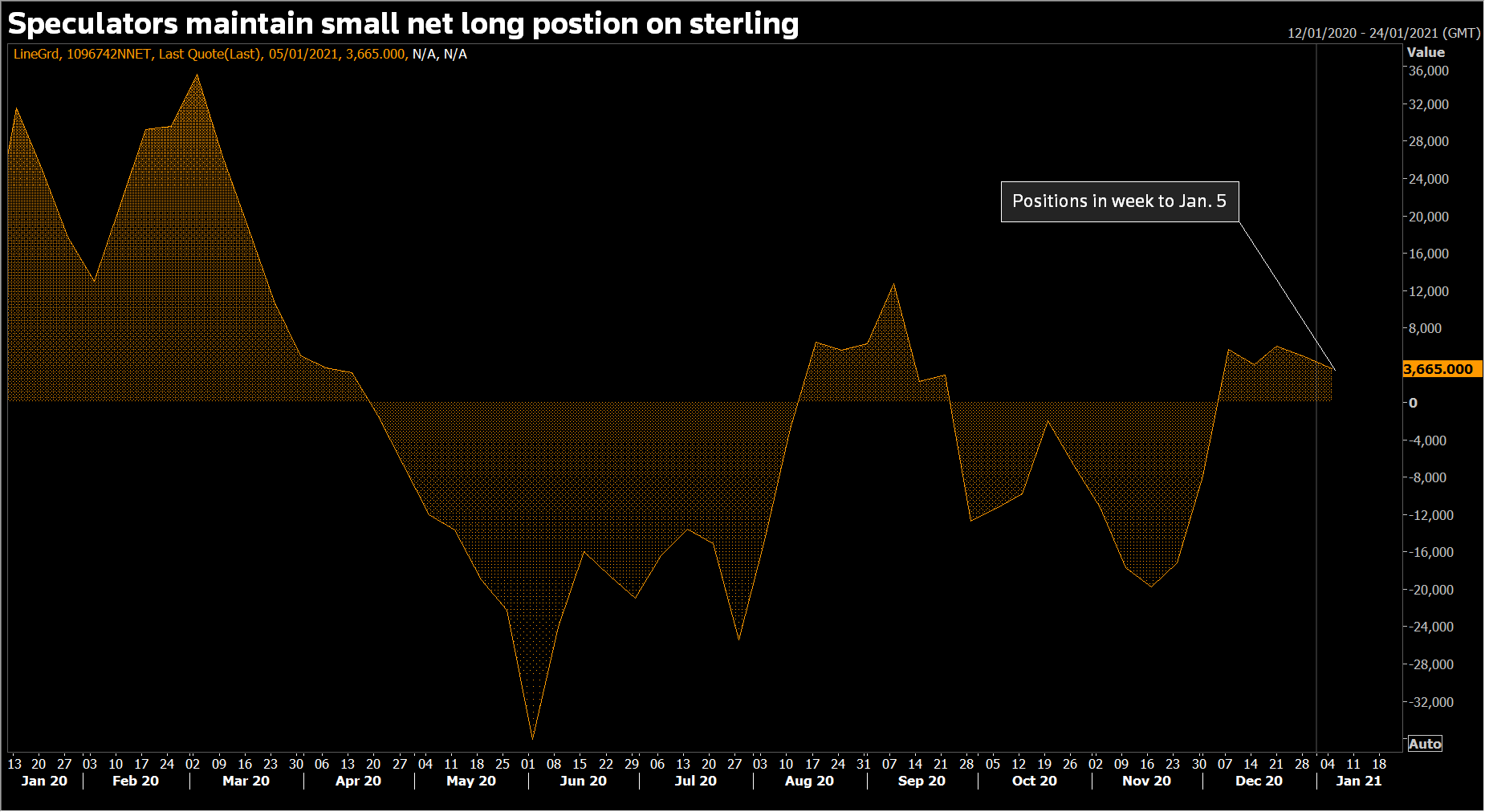