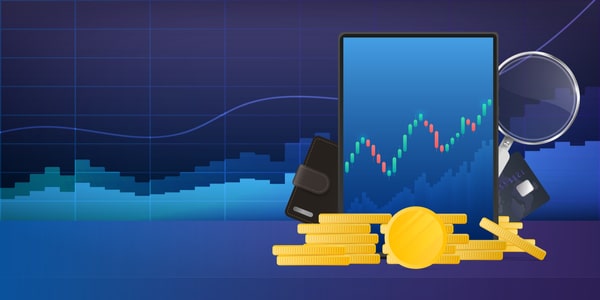 (Kitco News) Investors should be snatching up gold at the $1,850 an ounce level before prices head towards $2,800 in the next few years, according to Edelweiss.

"We believe that the possibility of a short term U.S. dollar rebound due to risk aversion should be utilized to add to gold investments. Gold should be bought at $1,850 and half the positions below $1,750 over the next few months," said Edelweiss chief market strategist Sahil Kapoor and economist Ankita Pathak. "We believe gold prices can move towards $2,600 to $2,800 over the next few years."

The second week of the new year has been less favorable to gold as prices dropped well below $1,900 an ounce amid the higher U.S. dollar and U.S. yields. February Comex gold futures were last at trading at $1,849.50, down 0.07% on the day.

The yield on the U.S. 10-year Treasury note rose to its highest levels in nearly a year on Tuesday, last trading at 1.169% as investors became more risk-on in light of the Blue Senate outcome, which forced markets to price-in more stimulus.

However, in the longer-term, gold is a multi-year bull run, which is heavily supported by the U.S. dollar debasement, said Kapoor and Pathak.

"With record global debt and MMT in place, there is more certainty that it is about time that gold will reprice itself to account for dollar debasement. When faith in the modern monetary system is shaken, there is a tendency to shift towards hard assets, probably justifying why central banks across the globe have been net buyers of gold bullions since the Global Financial Crisis," they wrote in a report.

The firm's U.S. dollar forecast sees the greenback losing ground in 2021 after the current bounce higher. "The U.S. dollar Index is likely to remain softer after a rebound in H12021. Moreover, worldwide currency debasement should favor gold prices across countries."

And looking at the gold to money stock ratio over the years, Edelweiss concluded that there is more price upside in gold. "While gold has seen an uptick from increase in money supply, the current ratio is much lower than historic highs and points to a further upside," the report said.

And even though gold hit new record highs of above $2,060 in August, real gold prices (the ones adjusted for inflation) are yet to hit record levels, Edelweiss added.

On top of that, the overview of the investment landscape points to equities being overvalued, which bodes well for gold in 2021.

"Gold has done well in time of fiscal easing and more so when is it coupled with current account deficits widening. This year will be historic in taking the twin deficits to the unprecedented 25% of GDP," the report noted.

From the mining perspective, gold supply is unlikely to rise significantly, which also favors more upside in gold, the report pointed out.

"Gold has the demand support while supply is unlikely to substantially go up. Coupled with mining clock, there's significant upside on cards," it said. "Mining clock indicates the cyclical point based on the financials of corporates, and turn in leveraging cycle coupled with an increase in cash flows, point at an upside in the gold prices."