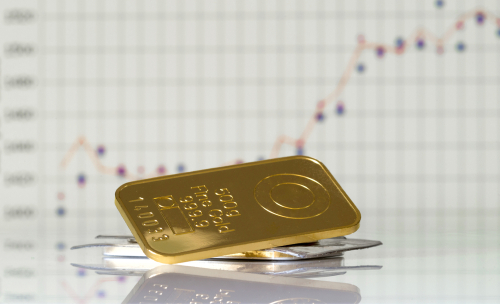 Although the new government is expected to usher in a new regime of global diplomacy, one analyst said that he doesn ’t think fading geopolitical concerns are going to have a material impact on gold ’s safe-haven appeal.

In a telephone interview with Kitco News, Ole Hansen, head of commodity strategy at Saxo Bank, said that he doesn ’t expect easing global political angst to have much of an impact on gold. He added that on the flip side, political turmoil has never created a consistent bid in the gold price.

While investors are not expected to worry about ongoing trade wars and sharp rhetoric, Hansen added that there are still plenty of global issues that could lead to political instability that need to be dealt with.

“Hundreds of millions of people around the world have been out of work because of the pandemic. This has supercharged the level of inequality around the world, and this social instability is going to be an issue that governments will have to deal with,” he said. “Addressing this instability is going to cost a heck of a lot of money, and we will see if it leads to inflation, which would be positive for precious metals.”

Although gold prices have struggled to find solid bullish momentum, Hansen said that he thinks it ’s only a matter of time before prices start trending higher in earnest as the U.S. leads the world in further government stimulus measures.

In this environment, Hansen added that many investors are keeping an eye on U.S. bond yields and the U.S. dollar. Encouraging for gold and silver, he said that there had not been much follow-through in either of these markets.

“Right now, I think investors are just a little tired, and they want to see what impact the new initiatives Biden has proposed will have on bond yields and the U.S. dollar,” he said. “There is strong risk appetite as investors look for growth, but there is a risk that the U.S. economy will become overstimulated and that could lead to inflation.”

While there is room for bond yields and the U.S. dollar to move higher in the near-term, Hansen said that investors still need to be careful that this will ultimately lead to the yield curve control.

“It ’s fairly simple. The U.S. cannot afford higher interest rates. At some point, yields will rise too high, and the Federal Reserve will have to step in. This will cause real yields to collapse and the U.S. dollar to fall, and that is when you will have the perfect storm for gold,” he said.

Looking at price levels, gold has managed to push above initial resistance at $1,850. Hansen said that this could be the start of a bigger rally.

“I think this quarter we will have another run to the upside, and I am watching resistance at $1,960 an ounce,” he said.