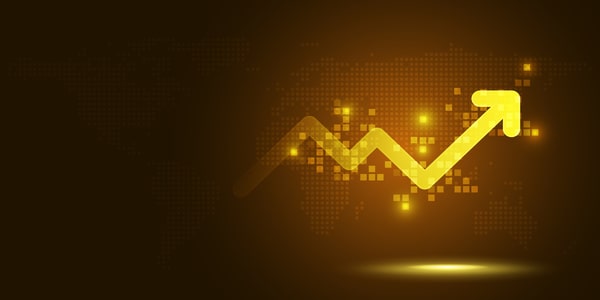 (Kitco News) Gold remains an attractive investment this year as people opt for inflation-hedge options amid a myriad of risks, including a still divided U.S., according to StoneX.

"The precious metals sector was the best performing commodity group in 2020, rising on average by 27% Y/Y, led by silver, which in turn mirrored gold's movements as the latter benefited significantly from its characteristics as a hedge against multiple forms of risk," StoneX said in its 2021 outlook. "This year, with both geopolitical and economical certainty skewed to the downside, we expect that gold will maintain high prices, especially given negative real interest rates and excess liquidity seeking a home."

"The United States, the European Central Bank, and the Bank of Japan have all been active with combined asset growth of over $7 trillion last year. With Congress' approval of a $900 billion virus relief package in the United States (tied to the $1.3 trillion government funding programme) there is more liquidity coming; Europe may follow suit, while Japan is looking to extend support for the corporate sector," StoneX said.

On top of that, investors will see that a vaccine is not a cure for all the economic hurdles the U.S. and the rest of the world will have to overcome this year, the report pointed out.

"Global GDP will remain a distance away from pre-crisis output levels, especially in the advanced economies. Meanwhile, emerging market economies are expected to return to pre-pandemic output in 2021," it said. 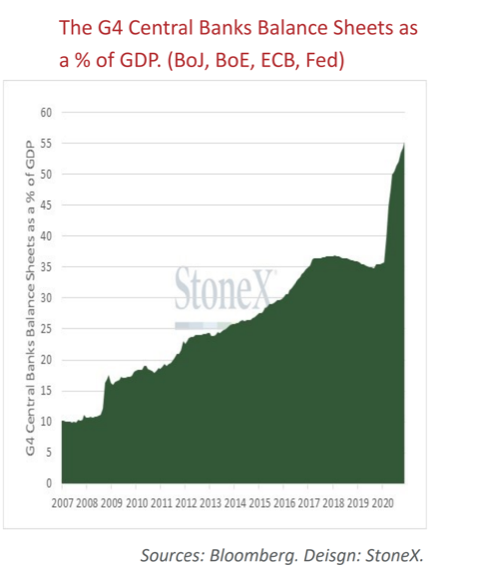 On the inflation side of things, gold also stands out, as massive fiscal and monetary stimulus has many gearing up for higher prices across the board.

"It is not inflation per se that would have a tangible impact on gold; it is the effect of rising inflation on real interest rates … Professional funds will continue to favor gold investment as a risk-hedge, especially as equities remain over-valued and vulnerable to a correction — particularly if corporate tax rates are raised," the report noted.

And even with the new Biden administration, the geopolitical concerns are not over, especially when it comes to China, which is supportive of higher gold prices. "Internationally, it is likely that Mr. Biden will aim to maintain a tough stance with China, although the diplomatic rhetoric may well be toned down," StoneX said.

Another aspect to this is a possible development of more protectionist policies following all the COVID-19 disruptions as well as increased mistrust between the U.S., China, and Europe.

From the domestic perspective, the U.S. remains very polarized after the elections, adding more fear and political uncertainty into the mix.

"The largest risk to derail the economic recovery remains linked to politics, and the bifurcation within the United States became increasingly clear in the latter part of 2020 and especially in the first week of 2021," StoneX stated. "According to a YouGov poll, only 62% of voters believe that Joe Biden is the legitimate President, which could undermine the Biden presidency throughout his term. If domestic conflicts gain momentum, investor caution will certainly take hold."

One significant downside risk for gold will make itself known during the second half of the year, when economic growth accelerates, consumer spending rises, and risk-on sentiment prevails.

"A return in confidence that would drive domestic spending would also suggest professional funds moving further into value stocks rather than risk-off assets. We saw this in microcosm when the first tangible vaccine announcement was made in November," the report pointed out.

These opposing forces will pull gold in different directions in the long-term, StoneX concluded, projecting first a rise in the gold price, followed by a pullback towards the latter half of the year.

"On balance, with the outlook for the first half-year uncertain at best, we expect gold to rise, if only gradually, in the first months of 2021. Once there is tangible evidence that the virus is being brought under control, and confidence in an economic recovery gains traction, then gold would be likely to ease," said StoneX.