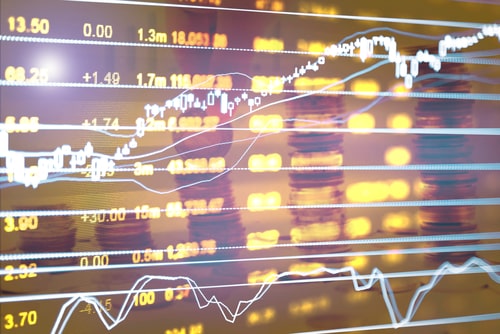 (Kitco News) After the COVID-19 pandemic, markets will likely see extremes. And whether it will be deflation, inflation, or both, gold prices stand to benefit, according to the World Gold Council (WGC).

"When inflation expectations increase, investors start to look for a hedge against inflation. Gold historically tends to outperform other assets in a period of high inflation," he said. "In a deflationary period, cash tends to be very useful. Gold may still be functioning. Even though it is not a currency in itself, it functions as a de facto currency, preserving capital, especially in an environment where the money supply is increasing a lot. If you combine it with the fact that interest rates are at extremely low levels or negative, it signals that gold could be used in that environment."

These two environments are the most likely scenarios, Artigas pointed out. "Most likely, we go to one of the extremes. Might see deflation first."

But as the government keeps monetary policy accommodative and continues stimulus, it could result in high inflation. "If there is no consumer price inflation, there could be asset-price inflation," Artigas said.

Many investors forget that gold has a dual nature: investment side and consumer side said Artigas.

"There are positive links between a significant portion of gold demand and economic expansion. Periods of economic recovery tend to benefit consumer demand. As the economy recovers, consumer demand will start to be more supportive, takes away one headwind for gold," he said.

This year, aside from economic growth, there will be low-interest rates, more government stimulus, growing deficits, and more risk, Artigas added. "Interest rates are not likely to increase any time soon, which means the opportunity cost of holding gold is very small or non-existent, which is supportive of investment demand."

Rising valuations of U.S. equities are also a possible driver of gold this year as many metrics point to extremely high valuation levels.

"If the fundamentals don't catch up with valuations, they might come down. It is still early in the economic recovery cycle. Investors at present are aware by having stocks and equities, alternatives, and some other assets. They are increasing risk, and they need to manage that risk. Given that bonds at present don't look as attractive, gold becomes an alternative," said Artigas.

WGC also noticed a political driver that will likely benefit gold this year. "Historically, periods, where there has been a Democratic president combined with the majority in the Senate and the House, gold, has tended to perform well," stated Artigas. "There is a perspective that some policies may create higher deficits, increase in money supply, and create inflationary pressure."

On top of everything, there is a layer of the unknown, which could reveal some long-term problems as global economies begin to recover from the COVID-19 pandemic, Artigas added.

"When the global financial crisis happened, economic recovery started in 2009. However, it was not until 2010 that suddenly, the aftermath resulted in a crisis in Europe. Pressures built up, and we had unintended consequences," he said. "Indeed, vaccine news is creating positive momentum. But we won't know if there are problems down the line until time passes."