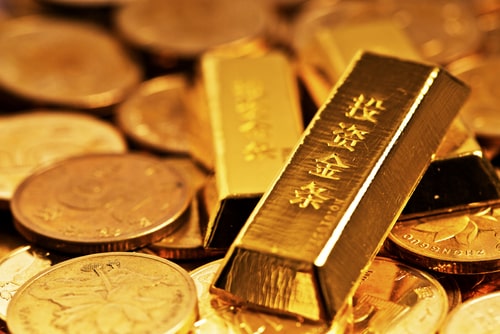 (Kitco News) Feeble demand for precious metals out of Asia was once again confirmed by the latest China's gold imports data from 2020.

China's net gold imports amounted to just 40.9 metric tons in 2020, which is 85% lower than the 2019's total of 267.6 tons, according to the latest Census and Statistics Department of the Hong Kong government data showed. This also marked the smallest amount imported since 2008.

"It should be noted that China also imports gold from other countries, however. One of these being Switzerland. That said, shipments from Switzerland had also plunged to a very low level of late," Fritsch noted.

The import data also revealed that there was a slight rebound in December of 5.6 tons net gold imports. In comparison, during December 2019, there was a total of 41.4 tons imported.

And even though this failed to change the annual picture, the advance in December does point to a possible strong recovery in 2021, said BMO Capital Markets analyst Colin Hamilton.

"This rise reflects the ongoing recovery in retail gold demand in the country, with orders picking up particularly in the run-up to Chinese New Year," Hamilton said. "[This] highlights that there is much room to run in the recovery of this segment over the coming months ... Gold demand from the jewelry sector is set to witness a strong rebound this year following a collapse over the first half of 2020."