Gold price is riding silver's new attention wave, but is that good news? 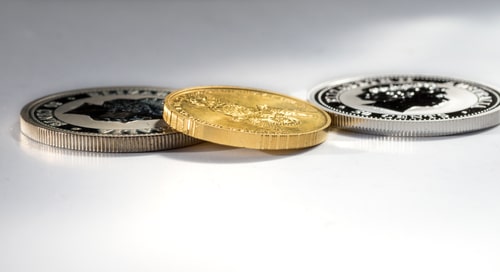 (Kitco News) Friday's rally in precious metals saw gold rise more than 1% and silver rally more than 5% on the day. But this time around, it is gold chasing silver, as the latter sees a wave of new interest.

"We had a nice move in silver and gold. It seems like there are a lot more silver enthusiasts out there now," said TD Securities global strategy head Bart Melek.

"The price action on Friday has nothing to do with gold. It is more due to what is going on with equity markets and the Reddit posts. There are now posts encouraging investors that there is a short squeeze on silver while suggesting much higher prices," said Kitco Metals global trading director Peter Hug. "Generally, silver reacts to gold. This time around, gold is reacting to silver."

"There is significant retail interest in silver both in the physical market and in the ETFs. Also, some of the mining stocks that might have short interest in them exploded to the upside, the same as the GameStop phenomenon. It is a frenzy. Everyone is chasing the market. If that continues, gold is going to be higher," explained Hug.

"If you look at the action on call volumes on the options, they exploded — massive explosion in call volatility and option volatility. There are signs that new investors are entering the space. In some way in the gold market as well," Lusk said.

The precious metals market, especially silver, is starting to garner a lot of attention. This could keep pushing prices higher, especially considering that the fundamentals are favorable as well, Lusk noted.

This interest in silver is spilling into gold and could help prices reach $1,900 and higher next week, said analysts.

"There is some correlation trade with it. Fundamentally, we also saw the U.S. dollar relax a bit Friday. But when there is interest in silver, there is interest in gold," said Melek, who is bullish on gold in the short-term. "Talking about silver is reenergizing gold investors. The metals have many of the same drivers, but silver is much more volatile."

And whether or not this increased interest will lead to a massive surge in prices, it does bring the attention of a new audience that was not looking at precious metals before, added Melek.

"This could produce more indirect interest as opposed to direct. The Reddit phenomenon has just alerted the broader market to silver and got people paying attention," he said.

One big problem with this frenzy is how dangerous it can be to chase the market, warned Hug, pointing to the GameStop stock as an example. "The danger of chasing something like this is a substantial correction," he said.

Hug added that it is too early for gold to be up this much, noting that the U.S. dollar is still trading flat-to-up, and the U.S. stimulus plan is still not approved.

"If anything, precious metals should be consolidating with slighter lower bias," he said. "But because everyone is chasing it and dealers have to hedge positions and they have to cover. That's what is causing the price to go higher."

The last time silver was around these levels, gold was trading near its record highs of above $2,060, Hug highlighted. "Silver exploding to upside and gold is still almost $200 away from that summer high, and silver is just one dollar away. Is gold undervalued? Or is silver overvalued, and you should stay away?"

If this chase continues into next week and gold can close above $1,872, then it opens the door for $1,900, especially if silver continues to outperform, Hug said.

The overall environment remains a positive one for gold, analysts said, pointing to several well-known drivers, such as money printing, more stimulus, accommodative Fed, and the risk of inflation.

"On the geopolitical front, you've still got China. You've also got the new administration printing money. There is dwindling confidence in anyone's fiat currencies. Commodity inflation is also very likely coming. This is bullish for metals," said Lusk.

This is also a favorable time a year for gold and silver to go higher, he added.

The fundamentals in gold and silver are good, Melek stated, adding that he expects a tight market in silver. "Investment activity will be strong in both precious metals. We don't expect interest rates to move up any time soon, and the real interest rates are not moving particularly higher for now."

The markets also have a very supportive Federal Reserve as uncertainty surrounds the COVID-19 pandemic, considering all the new strains and vaccine issues.

"Current liquidity crisis for small business has morphed into insolvency crisis. The economy is stuck with a lot of collateral damage. The implication is that the economy requires a significant amount of continued stimulus to get us to full employment," Melek explained.

"With all this money printing and stimulus, gold should really be affected by that. We should be seeing more natural buying. And we are not seeing speculative interest coming into gold. It could be going somewhere else. Bitcoin's move makes me curious. It could be hurting gold," Grady said.

On the data front next week, the biggest release will be Friday's U.S. employment numbers from January.

"All eyes will be on the January employment report after December saw a 140,0000 fall in jobs. We expect to see a modest positive figure given a decent start to the year based on high-frequency spending data, but there should be a better figure in February now that California stay at home order has been rescinded," said ING economists.

On top of that, markets will be paying close attention to any stimulus progress next week. "It looks increasingly likely that there will be a dilution to get enough support and the package may need to be split in two with more contentious aspects delayed and incorporated into the budget reconciliation process, which only needs a simple majority to pass," ING added.

Another weak U.S. jobs report may be ahead, JPM data suggests