Wall Street, Main Street bullish on gold, but silver is the metal to watch next week

(Kitco News) - Bullish sentiment remains strong in the gold market as chaos and volatility dominate financial markets that are reacting to a growing swarm of organized retail investors, according to the latest Kitco News Weekly Gold Survey. 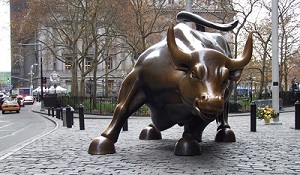 However, although gold prices are expected to push higher next week, a few analysts have said that the yellow metal is not the asset investors should be paying attention to. This past week retail investors, organized through social media, have created significant momentum in silver.

Silver prices are up nearly 7% this week, with most of the buying coming Thursday and Friday.

"Gold is always going to be there, but I am bearish in the near-term because silver is getting all the attention," said Phillip Streible, chief market strategist at Blue Line Futures. "Silver is like a race car that is taking off, and it is leaving gold in its dust."

"We are in a new investment landscape. Chaos is on steroids. Right now, fundamentals don't matter," he said. "It's all about momentum, and right now in the precious metals market, all the momentum is in silver."

This week, 16 analysts participated in the survey. A total of nine voters each, or 56%, called for gold prices to rise next week; meanwhile, three participants, or 19%, said they were bearish, and four analysts, or 25%, said they were neural on gold next week.

The retail focus on silver also showed up in Kitco's online survey results as participation in this week's survey was at its lowest point since early-May 2020, with less than 1,000 people casting their vote.

In the previous survey, both Wall Street and Main Street investors were expecting to see higher prices. April gold futures last traded at $1,853.50 an ounce, relatively unchanged on the day.

Although organized retail investors have created eye-watering gains in some stocks, including many silver miners, some analysts are concerned that the price action is creating too much volatility, which increases risks in the overall market.

Ole Hansen, head of commodity strategy at Saxo Bank, said that while the volatility has been contained to specific sectors, it wouldn't take much for the chaos to creep into the overall marketplace.

"The question is, does this volatility force some funds to reduce their exposure in markets? Are we going to see another round of deleveraging that drives down markets?" he asked. "We could easily see safe-haven interest find a welcoming home in gold in the near-term."

Although gold prices could move higher next week, Hansen said that he is neutral on the precious metal until prices break resistance around $1,890 an ounce.

Jim Wyckoff, senior technical analyst at Kitco.com, said that he was bullish on gold next week as he sees rising risk aversion sentiment in the marketplace.

Although there is still a strong bullish sentiment in the marketplace, some analysts note that rising bond yields and a relatively stronger U.S. dollar could weigh on gold in the near-term.

Richard Baker, editor of the Eureka Miner's Report, said that he is negative on gold in the near-term as he is watching bearish technical compared to equity markets.

"The gold-to-S&P 500 ratio (AUSP) has been in a trend of higher-lows since October 2018 as gold slowly gained value on equities. This trend line was threatened in late-2020 and now has been broken - a very bearish indication for gold given the recent rally of domestic stocks," he said. "This chart continues to be key to monitor."

Baker said that he is also concerned about gold as the new momentum in silver has significantly reduced the gold-silver ratio. He noted that the ratio is trading close to its 10-year average of 70 points.

"This is quite a fall from the March 2020 peak, demonstrating the loss of value of gold relative to silver. Although some may say this is long overdue mean reversion, the velocity of the decline is concerning and a potentially bearish indication for the yellow metal," he said.