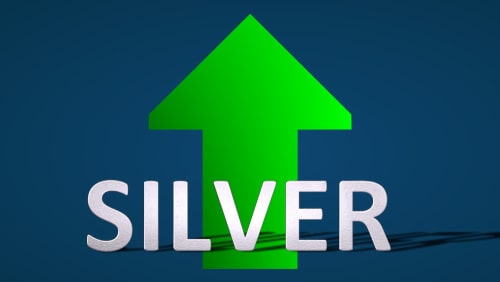 (Kitco News) The silver market is on the move, and it is not just about the price. Investors are piling into physical, ETFs, and mining.

Last week, the silver move began with the Reddit post, culminating on Monday with prices rallying to eight-year highs of $30.35 an ounce.

On Friday, the iShare Silver Trust (SLV), which is the world's largest silver-backed exchange-traded fund (ETF), recorded a one-day inflow of almost $1 billion. And much more is likely to come on Monday as more traders choose to participate, Sayed noted.

Silver miners also saw an impressive rally on Friday and Monday as investors looked at the silver's mining sector.

In light of this price rally, silver is no longer cheap from a fundamental perspective, highlighted Commerzbank analyst Eugen Weinberg.

"After having been below $25 per troy ounce for some of the time on Thursday, the silver price this morning has gained by over 10% to a good $30. The price explosion has seen the much-regarded gold/silver ratio drop to just 63," Weinberg said on Monday.

Analysts warn investors to be careful in this type of frenzy as the silver market shorts are a different beast than the GameStop play, which Reddit encouraged earlier.

Also, a lot more effort is needed to have a strong and lasting impact on the silver price versus single equity.

"Silver's market cap is in the range of $1.4 trillion to $1.6 trillion as opposed to GameStop's $1.5 billion before becoming the target of retail investors, and a large proportion of the market is off-exchange," Sayed added.

It remains to be seen how much further the retail investors can take silver. "Retail traders who are just following the herd and join the party late may accumulate huge losses and need to be more rational in their decisions. The new phenomenon may keep going for some time, but the longer it stays, the more mispricing will occur in assets and possibly lead to huge damage on the broader market," Sayed noted.

Excessive price rise could be harmful to the silver market in the medium-term, Weinberg wrote. "It irrevocably destroys part of the physical demand. On the other hand, it results in silver being increasingly viewed as an investment metal."

Either way, the old trading rules no longer apply in light of this new Reddit phenomenon, said Sayed.

"Earnings from big tech names, the Federal Reserve's monetary policy meeting, Covid stimulus aid, economic data, and vaccines rollout were supposed to be the big factors moving markets the past week. Instead, it was the battle between retail investors and hedge funds that burst out of nowhere that took control of markets," he pointed out.