'Silver is a tough nut to crack': Why silver squeeze is failing, analysts weigh in 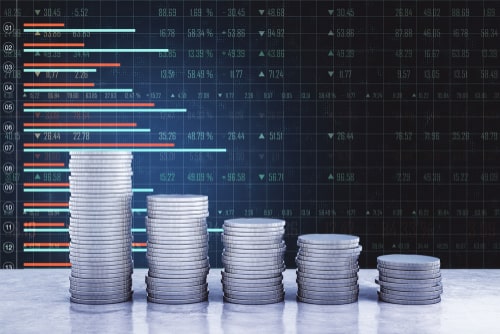 (Kitco News) Despite a surge in interest and trading volume in silver, the squeeze in the metal is unwinding, according to analysts.

The main issue has been that silver's market is more liquid, which makes it very different from the GameStop play triggered by Reddit's WSB movement.

"The tenets of a successful squeeze are: A viral narrative as a catalyst, high short interest, an illiquid security and an active options market. These principles don't bode well for the attempted squeeze on silver, especially given silver's massively more ample liquidity profile," said TD Securities' Daniel Ghali.

"The biggest hurdle being the sheer size of the market. If we look at daily average volumes on Comex silver since the start of 2020, they equate to around US$10.97b. Then if we look at positioning data for Comex futures, money managers hold a net long, and so at least from this portion of the market, there is not much to squeeze," she said.

The squeeze is failing because the move into silver is not as coordinated as Reddit's GameStop play. Many Reddit users have published posts against silver, calling it a distraction from GameStop.

Posts like "stop buying SLV … it is technically inverting GME" have been pushed to the top of the discussion board with 75.2K upvotes, which is a lot more than the original silver squeeze posts on the platform.

One of the Reddit community's main concerns with the silver play is that Citadel Advisors LLC, which injected cash into Melvin Capital amid the GameStop short squeeze, is also a significant holder of SLV and could benefit from the precious metal's rally.

"It seems that certain retail investors found the silver market a harder 'nut to crack' than some shares … What is more, the assault itself was not as resolute or coordinated as with the shares in question," said Commerzbank analyst Eugen Weinberg. "Many retail investors had their doubts about the point of the assault, and rightly pointed out that the 'evil' hedge funds on the silver market bet on rising rather than on falling prices, unlike with shares."

Evidence that the silver squeeze is failing grows by the minute. After Monday's surge to eight-year highs of $30.35 an ounce, silver took a significant tumble, with March silver Comex futures last trading at $27.03, down 8.10% on the day.

"Dealers EFP positions have grown, but there is an ample availability of inventories in exchange warehouses, in addition to the 1.1B oz in LBMA vaults and more in private vaults," noted Ghali.

This move does not come as a surprise, as many analysts have warned investors not to chase the market.

But despite silver's retreat on Tuesday, TD Securities still sees the precious metal breaking out to the $30 an ounce level, citing supportive macro forces.

Commerzbank added that the latest price action in silver would ultimately work in favor of the metal. "After all, it has made it clear that silver is an attractive investment metal and has allowed many new market participants to discover the silver market for themselves," said Weinberg.