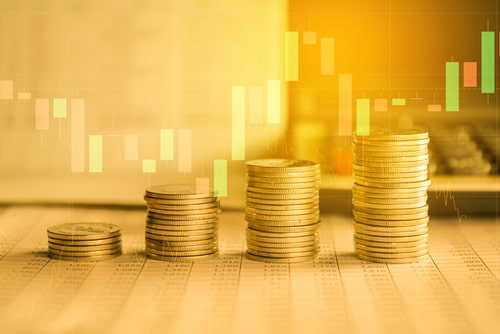 (Kitco News) Even though gold has been stuck in a narrow trading range for the past month, Standard Chartered still sees the precious metal hitting new all-time highs in the second quarter of this year.

The start of 2021 also saw retail demand pick up, with January U.S. coin sales on track to match 1999 high.

Another trend to keep in mind during Biden’s administration is that coin sales tend to be stronger during Democratic administrations rather than Republican, she added.

Physical demand for gold still remains weak after falling to 11-year lows in 2020. For example, jewelry demand fell to a record low since the start of the database in 1995.

“The physical market started to recover in Q4-2020, led by growth in China and India, but demand from these regions have started to soften, suggesting that investor demand still has to do most of the work to drive gold prices higher,” said Cooper. 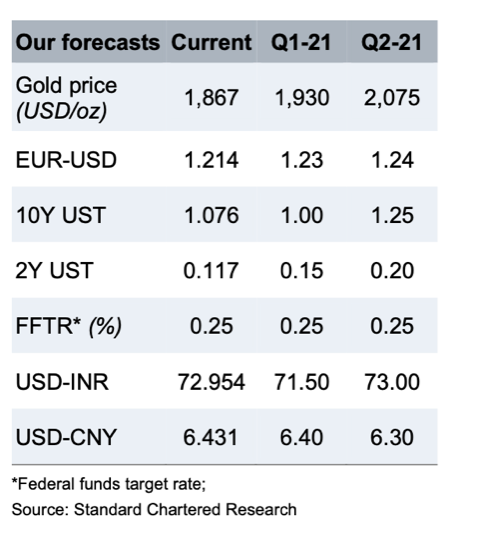 Central banks are expected to remain net buyers in 2021 despite official reserve demand tumbling to 10-year lows in 2020.

“Net buying fell to 272.9 tonnes [in 2020] from the 52-year high of 668.5t in 2019, and while a number of the large 2019 buyers were absent or scaled back buying, seven central banks became net sellers, including some notable gold producers,” Cooper noted. “We expect central banks to remain net buyers in 2021 with volumes closer to those in 2020 rather than 2019, given the continued desire for diversification, but the need for liquidity may prompt selling and cap net buying.”

“Fed Chair Powell mentioned that any tapering would be gradual and that there are no imminent concerns over inflationary shocks,” she said.

Earlier this year, investors expressed a cautious stance when it comes to gold based on the concern that the Fed might start tapering earlier-than-expected.

“In line with tactical data and ETF flows, short interest in GLD rose by 13% over the first two weeks of the year, as investors maintained a cautious stance amid premature QE tapering concerns,” Cooper said. “One-month implied volatility has edged lower in January, and one-month risk reversals have edged higher over the past week, remaining in favor of calls.”