Look past Reddit silver volatility, fundamentals to drive silver to $35 an ounce - Bank of America 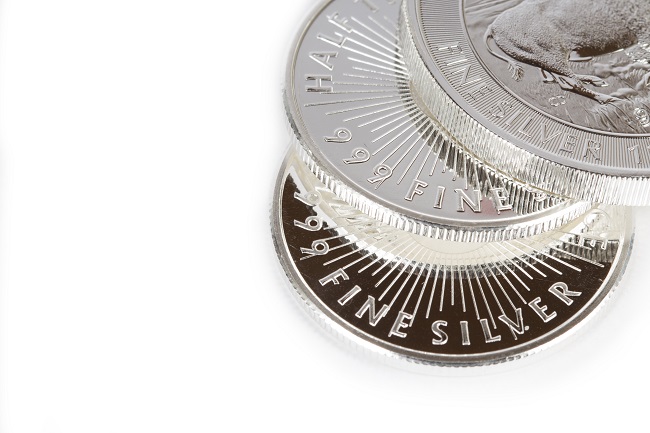 (Kitco News) - The silver market is seeing some extreme price action as a mob of retail investors has failed to create a sustainable short-squeeze in the marketplace; however, one bank continues to see potential for the precious metal.

In a report published Tuesday, Michael Widmer, precious metals analyst at Bank of America, said that he remains bullish on silver, expecting prices to push to $35 with the chance that prices spike to all-time highs around $50 an ounce.

Widmer added that Monday ’s failed rally above $30 an ounce is a bit of a concern for the market in the near-term. However, he also said that the market remains supported by strong fundamentals. His comments come as silver prices give up nearly all of Monday ’s gains. March silver futures last traded at $26.77 an ounce, down 9% on the day.

“The speed at which prices have rallied is a concern, with some of the traditional markets like China trading at a deep discount now,” he said. “While we remain bullish on fundamentals, this is worth following because a lack of commercial buying ultimately means that the rally may come to an abrupt end once the recent strong investor buying fades.”

While the silver market has seen unprecedented volatility in the last week, Widmer said that the price action is not outside of historical norms.

“Many of the usual market metrics have remained within recent ranges, suggesting that dislocations have been manageable. In particular, retail investor trends do not appear to have been significantly disruptive,” he said in the report.

“Digging a bit deeper into that, ETFs have absorbed the equivalent of 84% of metal stored in vaults linked to the London Bullion Market Association (LBMA), which is a high ratio. That said, while AUMs at physically backed ETFs have risen, many of the usual metrics, including prices/ NAVs have by and large remained within ranges seen of late. In another corner of the market, silver EFPs have also risen, but, similarly, levels have remained within familiar valuation ranges,” he added.

Looking through the recent volatility, Widmer said that he remains bullish on silver as the fundamental supply and demand outlook supports higher prices. He noted that major stockpiles in silver have come down and the market is relatively balanced as miners have cut back production in recent years.

Looking at the supply side, Widmer said that he is expecting silver to get a major boost this year as President Joe Biden moves forward with his aggressive policies on climate change and developing new green technology.

He explained that solar panel demand has risen as the Biden Administration looks to reduce emissions to zero by 2035.

“To accomplish that, electricity generation would in all likelihood need to be overhauled, potentially also through an increase of investment in solar panels. Under our base case, we have silver in deficit this year, a shortfall that would carry over under Biden ’s plan,” he said.
By Neils Christensen