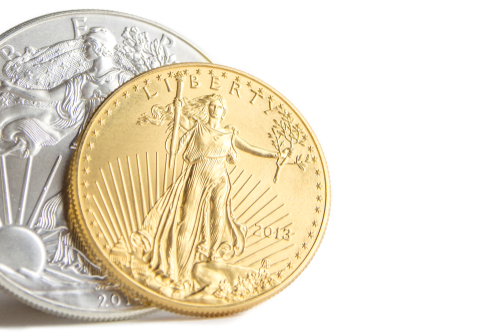 (Kitco News) Despite the gold price being stuck at the same trading range for the past month, U.S. Mint has reported impressive gold and silver coins sales in January.

The U.S. Mint has been rationing the sales of its silver coins due to “continued exceptional market demand” and limited supply, Bloomberg quoted the U.S. Mint as saying on Tuesday.

January’s jump in sales coincided with an overwhelming demand coming from retail investors, who were looking to invest in the physical metal. Many precious metals dealers were reporting delays in ordering silver products over the past weekend amid record demand.

The U.S. Mint said on Tuesday that it had trouble meeting demand due to plant capacity issues and rising interest in precious metals in 2020 and through to January 2021.

Total sales of U.S. gold bullion coins were up 258% last year, while the sales of silver coins were up 28%, the U.S. Mint said in a statement. The surging demand is also spilling over into 2021 as well, the Mint added.

For 2021, the U.S. Mint said it has a limited window to produce gold and silver coins because redesigned coins are scheduled to be released in the summer. The Mint also said that it would be limiting the distribution of its gold, silver, and platinum coins to specific dealers because of higher demand and coronavirus-related logistical issues, Reuters reported citing the Mint’s statement.

“Retail demand has had a staggering start to the year,” said Standard Chartered precious metals analyst Suki Cooper. “Gold coin sales tend to be stronger during Democratic administrations rather than Republican.”

The situation for physical silver will be more complicated this year due to the attempted silver squeeze the market saw earlier this week.

Peter Hug, global trading director of Kitco Metals, said that the silver squeeze attempt has now “backfired” as bullion inventories have run dry as a result, and with premiums up and few physical products left to sell.

“Basically, this intent to try to squeeze the [silver] market was…absolutely silly, has now backfired, and now there’s no retail product in the market, and the premiums are right at March levels of last year,” he told Kitco News this week.

“Right now, the supply chain is probably four to eight weeks out, so how do you set your premiums without knowing what kind of volatility we’re looking at going forward, so what the dealers do is just jack the premiums up. They cover their positions in thousand-ounce bars because those are readily available, and then when the product comes in, they’ll swap their thousand-ounce bars for product because they will still get that product at distribution prices, and in the interim, they’ve covered their positions,” he said.