(Kitco News) - According to the preliminary data released by the U.S. Geological Survey (USGS), global recoverable mine gold reserves in-situ amounted to about 53,000 metric tonnes in 2020, which is 6% more than 50,000 tonnes reported in 2019. 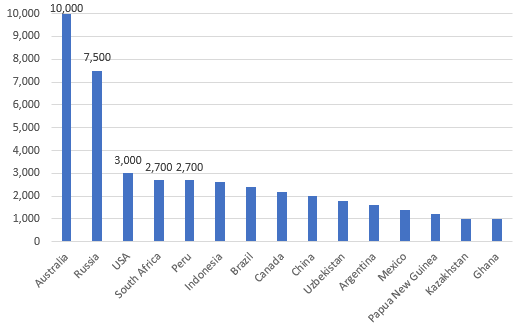 As we reported before, China is the top gold producer with 380 tonnes of yellow metal mined in 2020.

At the same time, China is facing a rapid depletion of its current estimated domestic gold mineral reserves. Reserves-to-production (R/P) ratio that represents the “burn rate” of proven reserves of mineral commodities when applying current levels of domestic mine production shows that China is in the “red zone” for future supplies of yellow metal.

In fact, China is burning through its mine gold reserves fastest in the world. 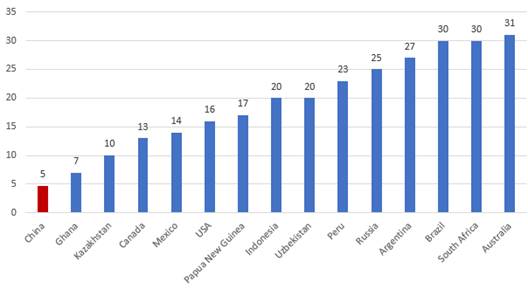