(Kitco News) - Shares in SolGold fell around 17% in London trading hours after their latest update. The SolGold (SOLG:LSE) committee has determined that additional work is required to sufficiently address a number of mine development and metallurgical alternatives and potential upsides, including the resource potential on other targets within the Cascabel concession.

SolGold CEO, Mr Nick Mather said "The objective of a revised study encompassing all of the Cascabel targets is to reduce the risk of a very large initial capex on a large underground development and deliver a study which demonstrates a lower technical risk through better defined upsides in resources, operating costs and recoveries and augments production with early stage open cuttable resources. Continued strength in global copper and gold markets will further endorse the strategy of making the Cascabel project lower risk, quicker to build and bring to production if a development decision is made and with reduced upfront capital exposure. We believe the extra time to be spent on the revised study is well founded and will lay the basis for the next phase of the evolution of SolGold. This endorses SolGold's strategy for the future.".

The Committee has identified the key work required this includes:
To examine an alternative mine access to accelerate the development of the cave.
To examine the draft mine production plan with a view to ascertaining the optimum production rate, with the most likely scenario being a reduction of the previously contemplated mining rate but at higher grades from a reduced footprint in the early stages of operations.

The report goes on to say there is more work needed and some has been carried out in the last 6 months. They then say the provision of more extensive data sets will address uncertainties, which are typical for a project of this scale and stage.

The share price chart shows the extent of the drop over the last couple of sessions. There was a massive amount volume on the sell-off. There is some support at the current price point and the green level at 18.75 is very close by. If there is to be a move below the green level then the next zone to watch could be the 10.00 level. 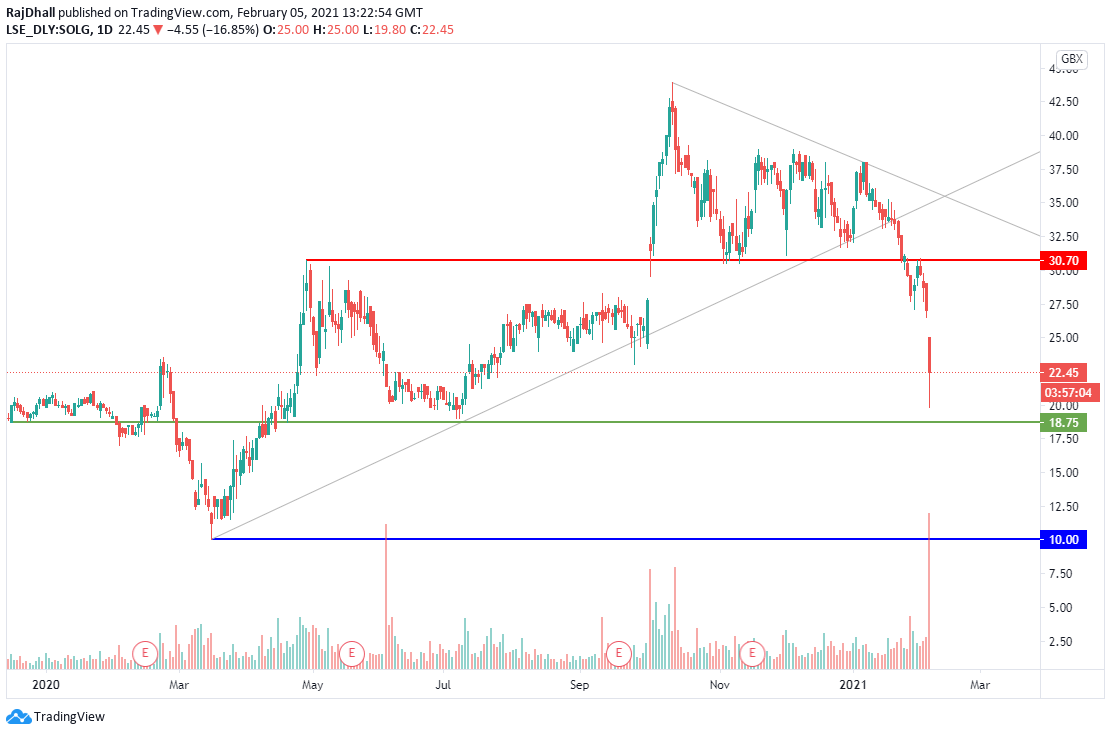