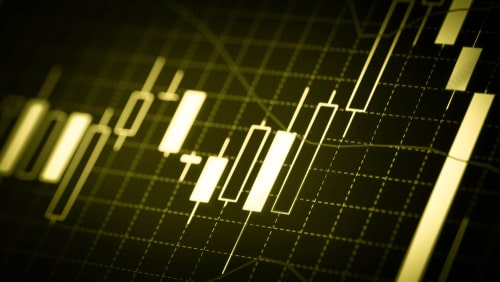 (Kitco News) Gold kicked off a new week on a positive note — once again climbing the ladder towards its next resistance point of $1,850 an ounce after dropping below $1,800 last week.

Gold began its recovery after the U.S. employment data showed that only 49,000 new positions were added in January, a big miss on the downside.

Prices were further boosted by stimulus progress and Treasury Secretary Janet Yellen's comments over the weekend that the U.S. could reach full employment next year if President Joe Biden's stimulus plan is passed.

"We're in a deep hole with respect to the job market and a long way to dig out … I would expect that if this package is passed that we would get back to full employment next year," Yellen told CNN. "There's absolutely no reason why we should suffer through a long, slow recovery."

Yellen also downplayed inflation concerns in light of the new stimulus but did acknowledge that the risk is there. "My predecessor, you know, has indicated that there's a chance that this will cause inflation to rise. And that's also a risk that we have to consider," she said. "But we face a huge economic challenge here and tremendous suffering in the country. We have got to address that. That's the biggest risk."

The Treasury Secretary's comments shed light on the risk the U.S. economy faces if the employment situation is not addressed with more stimulus, said Rhona O'Connell, head of market analysis for EMEA and Asia regions at StoneX.

"To put this in context, she said that she is concerned that the U.S. job market is stalling and that without enough support, a return to healthy levels could take until 2025. She combated the comments last week from former Treasury Secretary Larry Summers that the Biden proposal would carry inflationary risks. Yellen is clearly in the same camp as Jay Powell, arguing that those risks are overwhelmed by the risk to the economy of not spending the way out of the issues," O'Connell said.

Stimulus headlines and reflation will continue to play an essential role when it comes to keeping gold prices supported this year — the more progress around the $1.9-trillion stimulus, the better for gold.

"Rising inflation expectations remain essential to avoid liquidations in this environment. Notwithstanding, when we see the forest from the trees, we still note that gold prices have yet to reflect the massive rise in money supply," said strategists at TD Securities. "Tracking the value of gold above ground as a function of money supply as a simple valuation ratio relating prices to the stock of money, we find that gold's current valuation is nowhere near the highs experienced at and around previous cycle highs, suggesting that a slump in prices won't mark the end of gold's bull market."

With Janet Yellen as Treasury Secretary, spending will rise, and so will the debt levels. "The associated fears of USD debasement, in addition to negative real rates policy, should eventually see gold rally from the lows," added TD Securities.

"U.S. 10-year Treasury yields also hit a post-pandemic high of 1.19%, while Brent Crude reached a new milestone of $60 per barrel," said Hussein Sayed, chief market strategist at FXTM. "Contrarian investors may look at breakeven inflation rates and point to the risk of higher expected prices due to fiscal stimulus and monetary policies. Indeed, these rates, which are indicating 2.2% average inflation over the next 10 years, are a considerable risk and we may see them moving higher over the next several months."

Gold was "heavily oversold" last week, said O'Connell, adding that it is not surprising to see the precious metals trend upwards Monday.

However, there is still a risk of gold losing another $100 on technical selling later in the short-term, warned Bart Melek, head of global strategy at TD Securities. But he also noted that it would be an unlikely scenario, adding that the $2,000 gold target is still possible.

"Market participants should keep an eye out for economic activity and the Fed's response, vaccine program progress and the White House's ability to sell a new aggressive stimulus agenda for clues where gold is going next. We still judge that gold has a material upside, with $2,000/oz in the cards over the next twelve months," he said.