(Kitco News) - Global palladium production declined by 7% in 2020. Russia was the largest producer of palladium, followed by South Africa and Canada. South Africa controls a whopping 91% of global PGM resources.

The precious metals sector has significantly improved across the board, but palladium’s surge is stealing the spotlight with ~350% growth in price over the past five years. 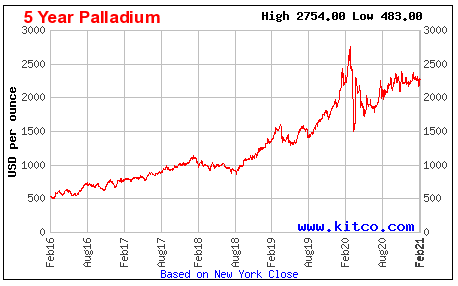 The palladium market has been in an annual supply/demand deficit for several years now and the supply of primary palladium tightens up.

The worldwide output of palladium in 2020 was primarily impacted by temporary lockdowns related to the COVID-19 pandemic as well as increased labor costs, increased costs for electricity and challenges related to deep-level mining. 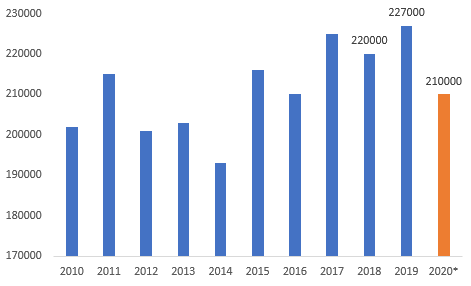 Production of palladium declined in Russia, South Africa and USA, increased in Zimbabwe and remained unchanged in Canada. 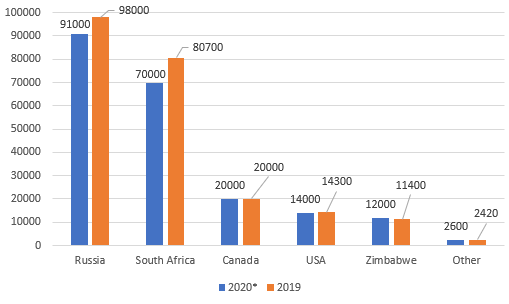 According to USGS, South Africa controls a whopping 91% of global PGM resources, but persistent problems surrounding the local platinum-palladium industry could prevent South Africa from significantly increasing palladium output anytime soon and, as such, its deficit is likely to widen. 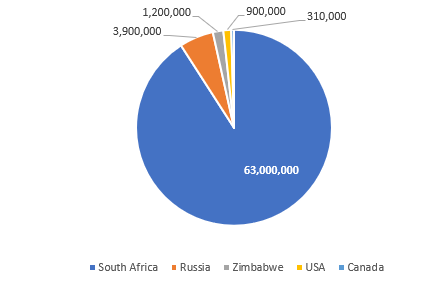