Is Tesla signaling a move into gold? Could this be a new trend for companies sitting on a pile of cash? 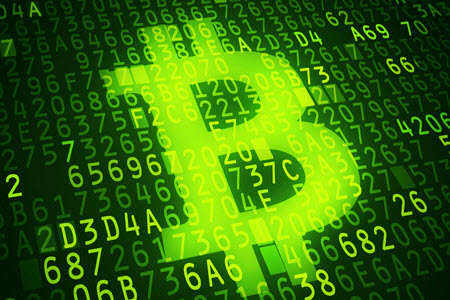 (Kitco News) - Bitcoin got all the attention after Tesla CEO Elon Musk announced a $1.5 billion investment in the cryptocurrency. But there was another major change to the company's policy regarding cash holdings, and gold investors need to take notice.

Monday, not only did Tesla announce that it was investing in bitcoin and accepting bitcoin as payment for its vehicles, but the company also said that it could potentially invest in gold and gold-backed exchange-traded products.

"We may invest a portion of such cash in certain alternative reserve assets including digital assets, gold bullion, gold exchange-traded funds and other assets as specified in the future," the company said in a filing with the Securities Exchange Commission.

The company said that it is looking at alternative assets as a hedge against growing currency risks in the marketplace.

"We transact business globally in multiple currencies and have foreign currency risks related to our revenue, costs of revenue, operating expenses and localized subsidiary debt denominated in currencies other than the U.S. dollar," the company said in its filing. "If we do not have fully offsetting revenues in these currencies and if the value of the U.S. dollar depreciates significantly against these currencies, our costs as measured in U.S. dollars as a percent of our revenues will correspondingly increase and our margins will suffer."

William Cai, a partner at Wilshire Phoenix, a company developing a new gold-backed ETF, said that while he doesn't see Tesla jumping into the gold market with both feet anytime soon, this is an important example of alternative assets gaining further acceptance in mainstream markets.

Cai added that with inflation expectations starting to rise, it's not surprising that a company like Tesla is looking to hedge some of its currency risks. He said that this could trigger a new trend in the marketplace.

"A lot of companies around the world are just sitting on piles of cash," he said. "As we start to see purchasing power erode, this cash position is not without risk. I don't see this as a game-changer for gold, but it adds another strong supportive element to the marketplace."

This kind of a move could only happen in the current low interest rate environment, said Guardian Vaults Business Development Manager John Feeney.

"Low interest rates changed financial markets completely. Cash is getting thrown at anything," he told Kitco News. "That doesn't happen with interest rates at 3%-4%. There is no incentive to hold cash, and everyone is looking for alternatives, including bitcoin and gold."

Cash is not earning anything at the moment, and people like Musk are looking at alternative assets, and gold is one of them.

"When you see someone like Musk, who is willing to pay pretty large risky bets, looking at cash in his bank account, earning nothing, he is starting to think about other alternatives. He has chosen bitcoin now. But it would be interesting to see if gold or silver would come into the mix later on," Feeney said.

In a world where central banks are maintaining ultra-accommodative monetary policies, gold continues to be an attractive safe-haven asset, Cai pointed out.

"With bond yields where they are, it makes sense to hold some gold as a bit of a hedge," he said. "Elon Musk is this trendsetter, and other companies are looking at him, and some will probably think this new move is a good idea. In an environment of low interest rates and falling purchasing power, companies are going to have to start getting creative to protect their capital."

As to the debate between gold and bitcoin, Cai said that while they are both important assets, cryptocurrencies are still a little too volatile to have the same safe-haven appeal as gold.

"I think bitcoin has the potential to be a safe-haven asset like gold, but it's going to take a little bit more time to establish itself," he said.

Rising inflation pressures will continue to be an essential factor behind gold's new rally. However, Cai noted that he sees other vital catalysts in the marketplace, including a potential correction in equity markets, renewed economic weakness as nations continue to deal with the COVID-19 pandemic and a weaker U.S. dollar.

"Regardless of where gold prices are going, it is definitely an important component of anyone's investment portfolio," he said.