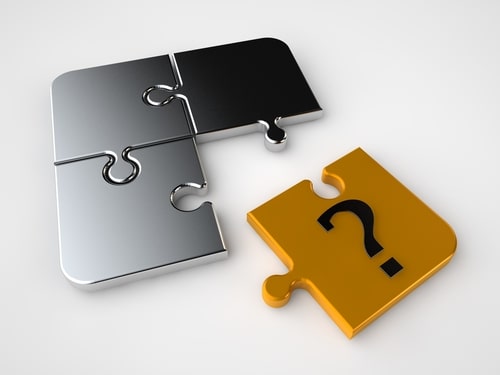 (Kitco News) The precious metals market is seeing incredible demand for bullion coins, yet gold prices are stalling. Former U.S. Mint director Ed Moy points to the financial crisis for clues as to why gold will hit new record highs before this bull run is over.

The U.S. Mint said last week that it was still rationing its silver coins sales due to strong demand, while distributing its gold and platinum coin sales to authorized purchasers only, with the policy in place "for the foreseeable future."

The last time such rationing happened was during the financial crisis, Ed Moy, who served as the U.S. Mint director from 2006 to 2011, and is currently chief market strategist at Valaurum, told Kitco News.

"It happened for the first time under my tenure. What we found out was that a couple of things had come together. One was the financial crisis, and the demand for both gold and silver bullion coins skyrocketed. And our problem was getting our supply chain to catch up to demand. The process is very specialized, and some fabricators can only produce so much capacity," Moy said.

This time around, in addition to supply chain problems, there are also COVID-related problems, with people getting sick and production being halted several times.

"With all those interruptions and high demand for gold in light of inflation and economic uncertainty, I am not surprised that the Mint has rationed whatever supply they can make," Moy said.

Right now, bullion coin demand is "off the charts." This is very striking considering that what the Mint manufactures is in addition to what is already in the market.

"When demand for the Mint's coins goes up, it means that all the coins that have been produced are not enough to satisfy demand. Therefore, the Mint needs to inject additional supply," Moy noted.

Yet, despite this high demand, gold prices are still consolidating and cannot break above the $1,850 an ounce level on a sustained basis. Moy said the 2008 financial crisis offers some clues as to why gold has been stalling.

"The last time demand was this high was during the financial crisis. People were panicking and buying into gold, and prices were shooting up. Then the government started injecting both fiscal and monetary stimulus, and you saw gold correct down maybe 20-30%. And then, over the next three years, gold began to climb until it set a new record of $1,925 in 2011. Afterward, gold didn't decline until it became clear that the economic recovery was going to be slow, which eliminated the uncertainty. The Fed also had the time to mop up all the excess liquidity before it caused inflation," Moy described.

If you apply gold's price action from back then to today, a similar pattern is revealed. When the pandemic first hit, both demand and gold prices shot up and hit new highs. Then there was a correction once the government started pouring fiscal and monetary stimulus into the economy.

"If gold follows the same pattern as during the financial crisis, watch for gold prices to climb over the next couple of years until the economic uncertainty and the fear of inflation subside," Moy highlighted. "Before going down, gold will set new historical record highs above the 2020's August high."

There are several triggers at play here, he added, pointing to Wall Street overpricing economic recovery and underpricing the risk of inflation.

One of the reasons gold is consolidating while the government stimulus continues to climb at a "mind-boggling pace" is the market's perception of a swift economic recovery.

"The Biden administration believes that more stimulus is a better problem to have than less or not enough stimulus. They've already proven that with their $1.9 trillion proposed stimulus plan that is yet to pass. Wall Street is already baking into its forecasts that there is going to be a strong dollar because the U.S. is taking such aggressive action to work through all these economic problems in order to result in a robust economy," Moy explained.

On top of that assumption, some on Wall Street are also shorting gold. "Those short contracts are weighing down the price of gold. They are shorting in the futures market and mainly leveraging gold that is stored in COMEX," Moy said.

But Wall Street has overestimated the impact of the vaccine. "If Wall Street gets what it wants, the economy will grow too fast for the Fed to stop aggressive inflation," Moy warned. "When you take a look at where a lot of the stimulus dollars end up, it is in the financial institutions that are pouring money into equities. The stimulus has indirectly inflated asset prices, particularly in equities, and it created a lot of bubbles."

If the U.S. economy takes longer-than-expected to recover, gold will receive a boost, Moy noted.

"Right now, Wall Street believes that there will be enough people vaccinated soon. But the goal of any virus is to survive, and COVID-19 is mutating. And it is not clear whether vaccines can protect people against all these mutations. You have scientists coming out and saying that we may have to live with some variation of COVID for a really long time," he said.

Also, Moy added that the only reason why the U.S government was able to print so much money out of thin air and not have significant inflation is because the recovery has not really started yet.

"Demand hasn't caught up with supply, and therefore retailers cannot charge higher prices. The scenario changes if the economy bounces back. With all those stimulus dollars, you will see interest rates shoot up rapidly from the Fed, and you are going to see inflation climb up at a faster rate than the Fed can slow it down. That will also help gold break out of its trading range of trading," he said.