BRASILIA (Reuters) - Brazilian industrial confidence fell in February for a second consecutive month, a survey showed on Monday, further evidence that the economy is losing steam and could even contract in the first quarter.

The Fundacao Getulio Vargas’s national industrial confidence index for February fell 3.1 points to a seasonally adjusted 108,1 from 111.3 in January, according to a preliminary reading.

That is the lowest since September, but is still high by historical standards. December was the highest level of confidence in over a decade. 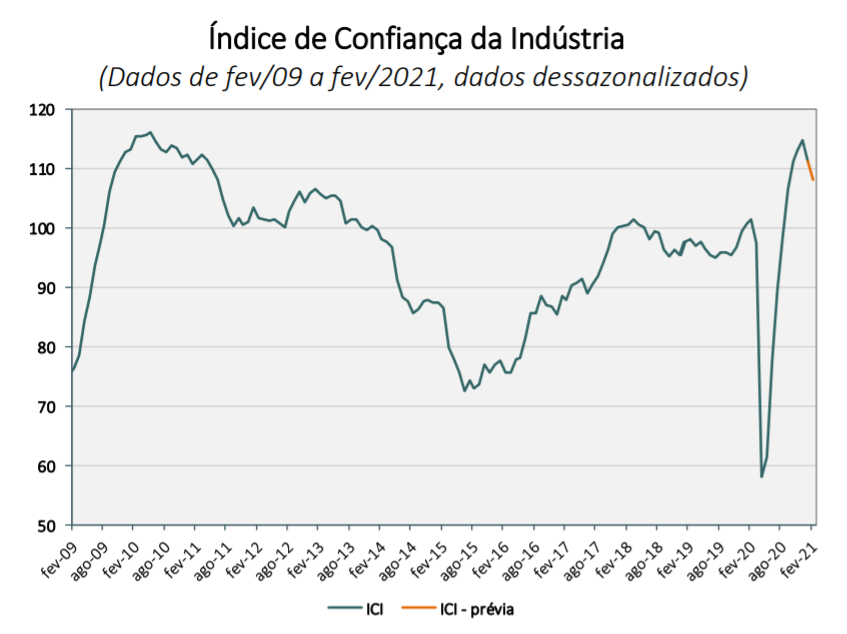 But the second wave of the COVID-19 pandemic, and two months since the end of the government’s emergency cash transfer program during which millions of people have seen their incomes collapse, have put the economy under huge strain.

“The fall in industrial confidence is driven by the decrease in satisfaction with current conditions, but mainly due to the worsening of expectations regarding the next few months,” FGV said in a press release.

Capacity utilization fell 0.8 percentage points to 79.1%, the lowest since September, it added. January’s 79.9% was the highest in over six years.

Reporting by Jamie McGeever; Editing by