LONDON (Reuters) - The recent violent selloff in the $20 trillion U.S. government bond market has eased, but it isn’t over.

Signs of stress are in fact everywhere; they imply that more such episodes of turmoil -- or “tantrums” as they have become known -- lie in wait over coming months.

The brutal spillover into stock markets shaved $2 trillion last week from the value of global equities, which are trading on exalted valuations following a decade-long rally.

Here are some indicators that show bond market stress is by no means over:

The global bond slump boosted the volatility index to near April 2020 highs, but it contrasts with a similar index in the equity market which is trading half of the levels seen in April. 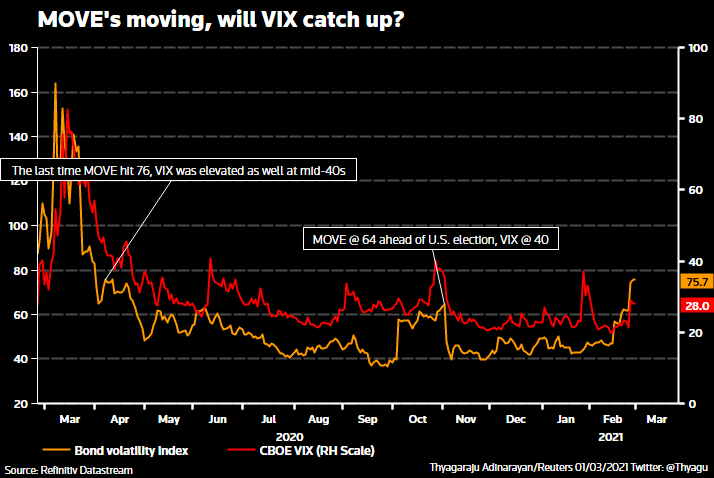 Signalling more stress for the bond markets is the widening bid-ask spread in U.S. Treasuries, an indicator of shrinking liquidity in the deepest bond market in the world.

Data from Tradeweb, a trading platform, showed wider spreads were a feature across the yield curve, pushing them to their highest levels since the March 2020 pandemic-fuelled selloff. 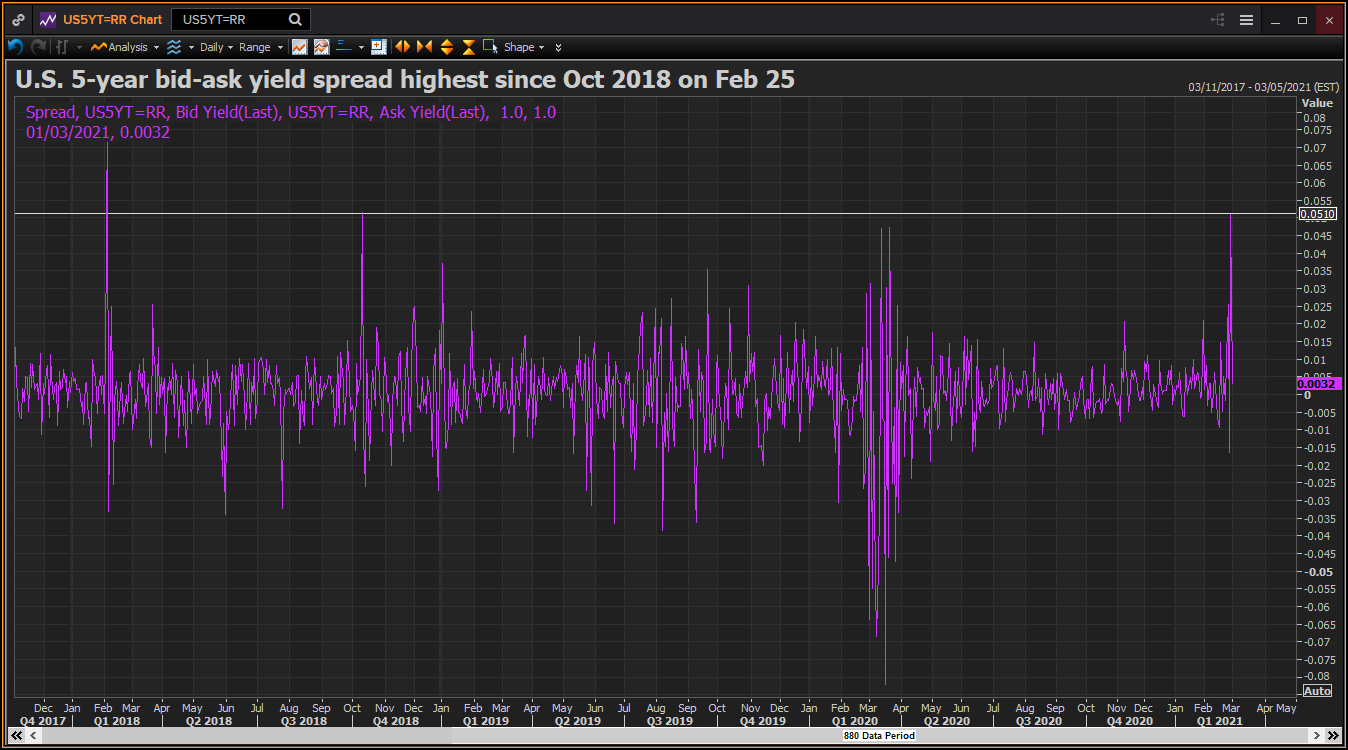 A major reason why spreads widened as volatility jumped has been a marked change in the composition of market participants in the bond market in recent years.

And as the computer-share driven trading models have become more widespread, turnover in futures and exchange traded funds have exploded while volume in cash markets have stagnated.

A 60% Nasdaq and 40% US 10 year U.S. bond portfolio showed one of the largest bi-weekly declines since the global financial crisis. 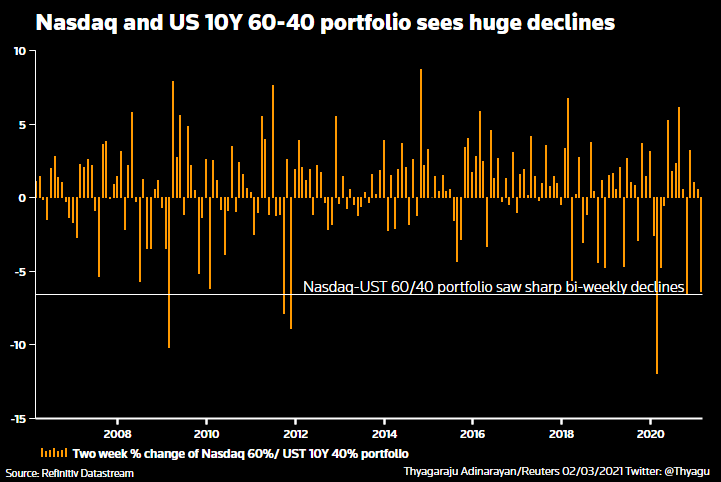