Is Wall Street signaling a bubble as gold price fights off a move below $1,700? 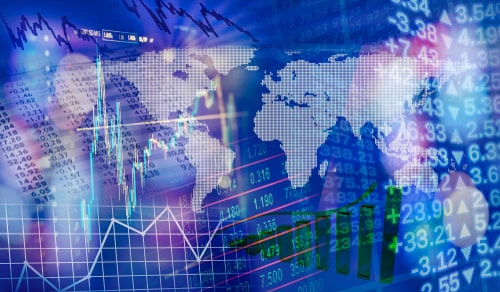 (Kitco News) Are there signs of a bubble emerging on Wall Street as gold continues to fight intense downward pressure amid lack of investor interest?

Bank of America pointed out that Wall Street bullishness in already overvalued equities could be a signal to sell. The last time the bullish sentiment was this high, it was a troubling sign for equities, the bank said in a note.

The gauge used by the bank looks at the average recommended allocation to equities by sell-side strategists.

"The last time the indicator was this close to 'Sell' was June 2007, after which we generally saw 12-month returns of minus 13%," the strategists said. "We've found Wall Street bullishness to be a reliable contrarian indicator."

"The current level is forecasting 12-month returns of just 7%, a much weaker outlook compared to an average 12-month forecast of 16% since the end of the Global Financial Crisis," the bank wrote.

On top of this, China's top banking regulator said he is "very worried" about potential risks from emerging bubbles in U.S. and European markets.

"I'm worried the bubble problem in foreign financial markets will one day pop," Guo Shuqing, chairman of the China Banking and Insurance Regulatory Commission and Party secretary of the central bank, said on Tuesday.

He added that strong gains in the U.S. and European markets were made possible due to ultra-loose monetary policies and that they "seriously diverged" from the real economy, noting that corrections will be coming "sooner or later."

These warnings come as gold continues to struggle around nine-month lows, with April Comex gold futures last trading at $1,710.60 an ounce, down 1.33% on the day.

"Rising U.S. government bond yields, which are near last week's 12-month high, and a mild bounce in the U.S. dollar index at mid-week are negative outside forces working against the precious metals markets," Kitco's senior analyst Jim Wyckoff said on Wednesday.

After a streak of losses, gold is likely to stabilize between $1,707 and $1,653, said Karen Jones, Commerzbank's team head of the FICC technical analysis research.

"The market has sold off to the 55-month moving average at $1,707 and currently, we cannot rule out further slippage towards the $1,653. If seen, we would expect this to hold the downside. Rallies will need to regain not only $1,760/$1,765.61, which is the May high and previous 50% retracement, but also the short term downtrend at $1,794 in order to alleviate downside pressure and signal recovery to the 200-day moving average at $1,861," Jones said on Wednesday.

From the macro perspective, gold is being distracted by the higher U.S. dollar and rising bond yields.

"One reasonable explanation for the slide in the gold price in February is the lower supply of bonds with negative nominal yields," said Commerzbank analyst Carsten Fritsch.

"Rising inflation expectations are likely to gradually eat away at the increase in yields. Money supply growth of 26% in the U.S., plus a gigantic stimulus package worth $1.9 trillion that is about to be approved, provide the ideal conditions for inflation, especially as the U.S. economy is already faring pretty well and President Biden plans to offer a vaccine to every adult American by the end of May," he said. "It is therefore only a question of time until gold rises again. Gold can be compared to a tsunami – and it probably won't be long before the water returns."

All eyes are on the Federal Reserve Chair Jerome Powell this week as he addresses the topic of the U.S. economy in a speech at the Wall Street Journal Jobs Summit on Thursday.

"Considering this will be the last week of Fed speak before the March meeting. Failure to address the steepening could be construed as a signal that the Fed's pivot remains far from market pricing, which could add to fears of an early taper," said TD Securities strategists.