LONDON (Reuters) - The recent jump in global bond market borrowing costs is still a world away from impacting most countries’ credit ratings S&P Global has said.

The rise in benchmark U.S. Treasury yields above 1.6% last week and knock-on moves in Europe, Japan and elsewhere is making economists look again at the massive amounts of debt countries have taken on.

S&P estimates that governments will borrow another $12.6 trillion this year, which while 20% lower than the historic surge in 2020, will still be 50% higher than the pre-COVID average.

“To me that (rise in yields) is just a sign of more optimism about what is happening in terms of the epidemical situation and what that means for recoveries,” S&P’s managing director for EMEA sovereign ratings, Frank Gill, said.

It also has to be set against the huge drop in borrowing costs seen as major economies have slashed interest rates and pumped economies full of cheap funding over the last year.

In Europe for example, Italy’s 10-year yield is currently around 0.7%-0.8% compared to its longer-term average borrowing cost of just over 2%. It means yields would have to triple to well over 2.5% to really have a negative impact on its finances.

“This is not the world in which we live at the moment,” Gill said.

Some lower-rated emerging economies could feel the impact if yield steepening continues and the rise in dollar accelerates, but even in those countries Gill said: “I don’t think we are anywhere close to disruption yet.”

In the medium term though countries are likely to get more creative to try and rein in their debts again.

Any serious moves are expected to wait until next year when hopefully COVID will have been brought under control, but the signals are already there.

Britain’s finance minister Rishi Sunak’s gave an early warning on Wednesday that he will demand more money from companies and individual taxpayers in the coming years to stabilise the UK’s finances.

In the United States, Joe Biden’s new administration is considering lifting the country’s capital gains tax and some lawmakers also calling for a extra wealth tax on the super-rich with assets of more than $50 million.

“I would expect over the next two years you will see a much bigger effort globally to tax financial wealth,” Gill said. “You are going to definitely see governments become more creative.” 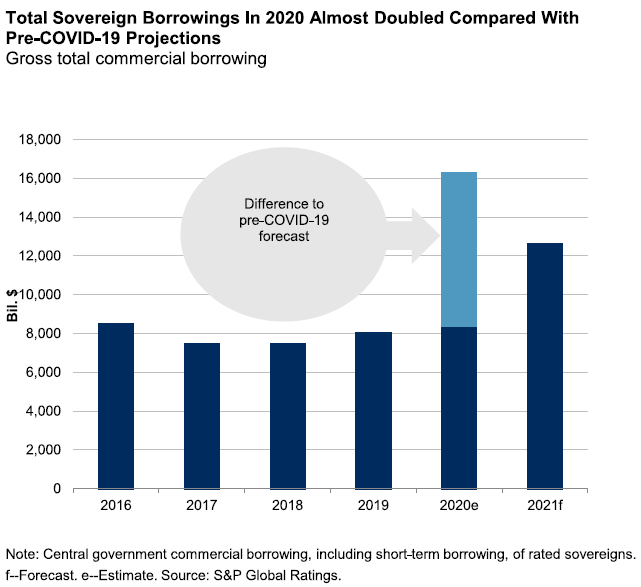