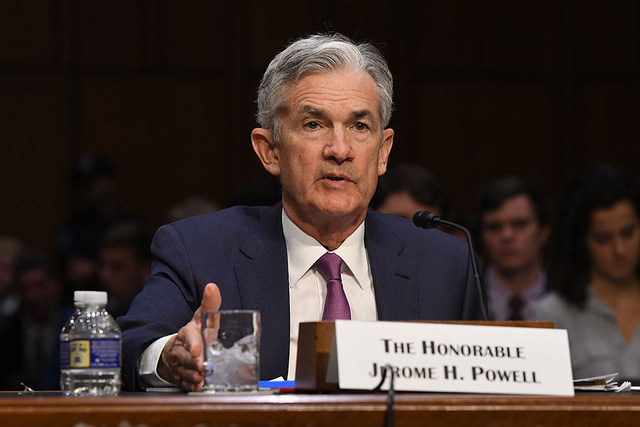 (Kitco News) - The gold market did not find much love from Federal Reserve Chair Jerome Powell as he continued to dismiss rising inflation pressures and bond yields.

Thursday, speaking at the Wall Street Journal Jobs Summit, Powell said that while inflation is on the rise, he sees the move as transitory and a one-time event. He added that long-term interest rate expectations are well anchored at 2%.

#POWELL: There is a difference between a singular surge in inflation and a persistent rise. We will use our tools to make sure inflation is anchored at 2%. #FED

Powell was also dismissive of the rise in bond yields and suggested that it doesn't signal that the central bank will be raising the interest rate anytime soon.

Yields for 10-year Treasury notes have spiked higher following Powell's comments, which is helping to push gold prices below critical support around $1,700 an ounce. April gold futures last traded at $1,696.70an ounce, down 1% on the day.

"I would be concerned with disorder in the financial market or unwanted tightening. It's not about one particular price," he said.

According to some market analysts, Powell did not provide any new information on forward guidance regarding monetary policy or economic outlook.

He reiterated his outlook that the Federal Reserve is a long way from its goal of achieving maximum employment and average inflation of more than 2%.

Looking at the labor market, Powell said that it would take more than a low unemployment rate to signal full employment.

Although Powell was quick to dismiss rising inflation pressures, some analysts noted that he is still not in a hurry to raise interest rates, which should provide some support for gold.

Powell said that he learned two lessons from the COVID-19 induced economic turmoil that started one year ago: "When you have a real crisis, act quickly and don't hold back and don't stop until the job is done."

Powell: risks appear to be on the downside, we need to guard against those downside risks, meaning not even think about removing accommodation until we are through the pandemic.

Whether centrist or progressive, the Fed's new regulatory chief has long to-do list