This is when gold price reverses: Goehring & Rozencwajg on $15K gold 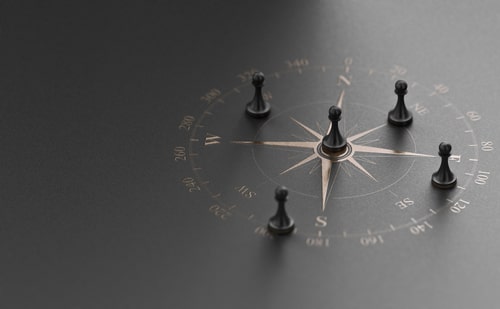 Gold tumbled below $1,700 on Thursday as Federal Reserve Chair Jerome Powell continued to stress that inflation is not a concern while ignoring questions about rising bond yields.

"High inflation is a very bad state of affairs ... But it is more likely that in the next year, prices will move up but not stay up," Powell said during the Wall Street Journal Jobs Summit.

When responding to a question about bond yields, Powell said: "I would be concerned with the disorder in the financial market or unwanted tightening. It's not about one particular price."

"This is a frustrating period for gold bulls," Goehring told Kitco News. "Every rally gold has, is almost immediately retraced."

Some saw this corrective period coming, he said, pointing to silver's performance as a telling sign for what gold might do. "In a gold bull market, you have periods where silver lags behind gold. Silver lagged from 2016 to 2020. Then from April to July, silver had a massive move up. To us, that signaled that gold had entered a corrective phase. We've been in that phase ever since," Goehring said Thursday.

How to find a bottom in gold?

It is not an easy task trying to pinpoint a trend reversal in gold, but it should happen at some point in the second half of this year, said Goehring. "That is when the second leg of the bull market will start."

The useful metric to look at when determining gold's price trends is the gold-oil ratio, Goehring highlighted. "Over the last several years, gold has been trading expensive relative to oil. Gold will bottom when it becomes less expensive."

However, what investors need to watch for is the ratio retreating closer to 15 – meaning one ounce of gold buying 15 barrels of oil. "When that ratio hits 15, the gold market will bottom," said Goehring.

"Back in early 2000, when that gold-oil ratio was really low, gold was uninvestable because all central banks could not sell it fast enough. Now, gold became more popular, but oil has become uninvestable because of climate change. I do think that whenever gold gets cheap relative to oil, gold becomes a great investment," he added.

More specifically, Goehring said when oil reaches $90, for example, and gold drops down to $1,650 an ounce, that would put the ratio at 18:1, a much closer target for a bottom in gold.

According to Goehring, inflation will be the catalyst to get gold back into its bullish mode, who described the current investment environment as "a massive misallocation of capital flows."

What Goehring is referring to is "the obsession with bitcoin" and explosive rallies in stocks the GameStop.

"Those capital flows are all into new things. When you look at manias, they are always around new things. This is not going to last," he said. "Gold is a very old thing. The oldest thing there is, and it is being shunned by capital flows. This will change."

And inflation will be the trigger that undoes these new trends and shifts investors' attention back to gold, Goehring explained. "Variety of economists out there are saying that inflation will not be a problem because we got too much debt. That belief is going to be unraveled by a black swan event that is perceived as being massively inflationary."

The most likely shock to come is a global agricultural crisis, Goehring specified, noting that the grains market is in a huge boom right now.

"If we have any weather disruptions in light of rising demand, then grain prices will go much higher, and it will set off an inflationary problem. This could spill over into other things as well, including copper and oil," Goehring said. "Investors will come back to the gold market in a huge way."

This disruption could come out of nowhere and change the whole global investment landscape, the managing partner warned.

"The world has gotten richer in the last 20 years, and the global grain demand has gone up from 1.5% year-over-year to almost 3%. As people around the world get more wealthy, they want more protein in their diet; this is where grain comes in," Goehring said. "And so far, higher demand has been met with excellent global growing conditions. But the weather is changing, and we could be facing more disruptive weather patterns. Just look at what happened in Texas this year. If we see more extremes like that, it is going to hurt grain supply amid higher demand."

Before the end of the current bull cycle, gold could reach $15,000 an ounce, and that is a conservative estimate, Goehring & Rozencwajg managing partner said.

"We still believe we will see a $15,000 gold price before this gold bull market is over. For patient investors with long-term horizons, we recommend aggressive accumulation of both gold and silver on any price weakness over the coming months," he said. "The relationship that we look at is the amount of money that has been printed and the gold price."

The trigger will be recognition by federal governments of the precarious financial conditions they are in, which will lead to direct monetization. "This direct debt monetization could set off the massive inflationary problem as soon mid-decade."