Peak gold is a myth: Industry is not running out of big deposits, says Douglas Silver 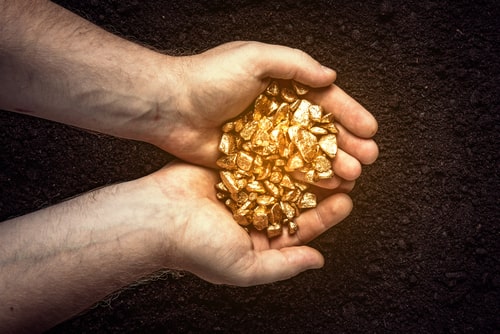 (Kitco News) The notion that the mining industry has hit peak gold in terms of major new discoveries is wrong, according to this year's PDAC keynote speaker and expert in mineral economics Douglas Silver.

Silver said he strongly disagrees with the notion that all the easy deposits have been found, and that the gold price will have to go through the roof.

"This comment that we ran out of discovery is not true," Silver said during the first day of the Prospectors & Developers Association of Canada (PDAC) conference, which is the world's largest mining event.

There is a delay between when a discovery is made and when it is disclosed, Silver explained. "Unless you are a junior exploration company promoting one drill hole, most companies wait till they have a resource until they disclose a discovery. A larger company may wait for a feasibility study," he said.

In his presentation, Silver examined the state of gold deposits in 1989 and compared them to today.

The key finding was that today's gold deposits are larger in tonnage, lower in grade, but with more ounces. This has to do with higher gold prices, he added.

Mining companies have much better margins now, which means that the differential between the cost production and gold price is widening, he pointed out.

Silver's estimated that there are about five billion ounces of gold resources out there. "Considering we produce 100 million ounces a year, that is 50 years of supply if resources get converted to reserves," he pointed out.

He also highlighted that there are very likely more significant gold deposits in Russia and China.

In terms of a breakdown by country, Canada, the U.S., and Australia continue to control the majority of deposits, Silver said.

Silver is an expert in the minerals industry. He is best known for founding International Royalty Corporation and the Denver Gold Group. In 2018, he was also inducted into the U.S. National Mining Hall of Fame and Museum.