COVID pandemic was not as bad for miners as first thought, says S&P Global Market Intelligence 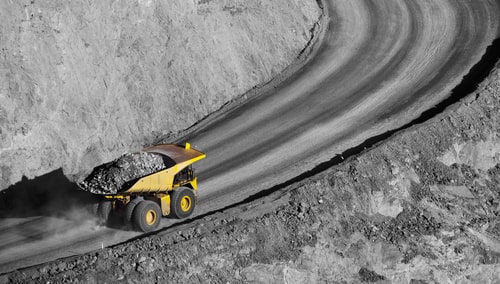 (Kitco News) The disruptions caused by the COVID-19 pandemic were not as significant as first estimated, according to Mark Ferguson, S&P Global Market Intelligence metals & mining research director.

"This time last year, we had a strong negative impact on the mining exploration budget as a lot of countries were limiting travel and access to projects and operations. Some countries like Peru had more stringent lockdowns than others. But as commodity prices started to lift off after March, exploration was able to rebound. The rebound was geared towards gold as the year progressed due to momentum behind the gold price," Ferguson said on the sidelines of the Prospectors' Developers Association of Canada (PDAC), which is virtual this year.

The overall damage was an 11% drop in the exploration budget, down to $8.3 billion. "This is not that bad - probably a low average of a decline historically speaking," Ferguson told Kitco News on Tuesday. "There were much larger drops in exploration budget between 2013 and 2015."

In March of last year, S&P Global projected that the drop would be as big as 30%. "Fortunately, prices rebounded," he said.

The pandemic's negative effects were largely felt during the first half of the year, Ferguson added. "The impact eventually turned into a positive with respect to price performance and therefore equity market support for the sector."

The longer-term consequence of the COVID-19 lockdowns was that the miners had to shift focus to assets in their own backyard. There was also some risk aversion, with companies working on the late-stage mine sites rather than early-stage, Ferguson explained.

Before the pandemic hit, S&P Global was forecasting a rebound in the exploration budget in 2020 following a decline of 3% in 2019, which was due to "a lot of uncertainly over commodity prices with respect to the U.S.-China trade war," Ferguson noted.

As the world begins to open up, there are new post-pandemic trends that are developing. One of them is a shift to decarbonization, Ferguson pointed out.

"With additional government stimulus, the focus has been towards the energy transition and decarbonization," he said.

Commodities that will see an uptick because of this are base metals like copper, nickel, and cobalt. "There will be more demand for those commodities in the next few years, especially in light of U.S. President Joe Biden's agenda towards green technology."

Europe is already seeing an uptick in EV sales as lithium prices rise after a period of stagnation, he added.

Ferguson said the mining sector is feeling optimistic as the market supports a strong rebound in the junior mining companies. "We are expecting a 20% rebound in the 2021 exploration budget for the year. If some commodity prices continue to rise or stay where they are, they could be even higher. Strong demand should also translate into a strong 2022 as well."

Ferguson is concerned that major new gold discoveries are slowing. "Our analysis shows that there has been a decline in the amounts of gold found in new discoveries over the past decade," he said. "Since 2012, there has not been so much gold found in these larger-scale deposits."

That is partly because mining companies are focusing on their known assets right now. And the juniors might be content with smaller gold deposits due to higher gold prices.

"Twenty years ago, half of the projects were devoted to early-stage mining exploration, and now, it is just under a quarter that is dedicated to new exploration. This signifies a shift in focus,” Ferguson said.

There have also been fewer discoveries of copper, nickel, and zinc. “Out of all three, nickel could probably face the biggest challenge."