(Kitco News) - According to the preliminary data released by the U.S. Geological Survey (USGS), global mine zinc production was estimated to be 12.0 million tons in 2020, a 6% decline compared to 2019 (12.7 million tons). 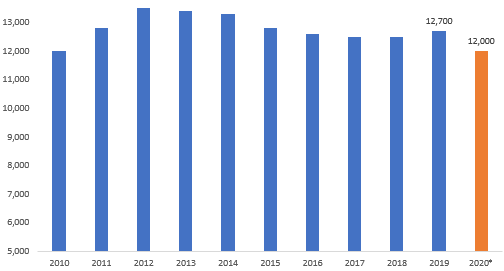 As for zinc substitutes in various applications, USGS pointed out that aluminum and plastics substitute for galvanized sheet in automobiles; aluminum alloys, cadmium, paint, and plastic coatings replace zinc coatings in other applications. Aluminum- and magnesium-base alloys are major competitors for zinc-base diecasting alloys. Many elements are substitutes for zinc in chemical, electronic, and pigment uses.