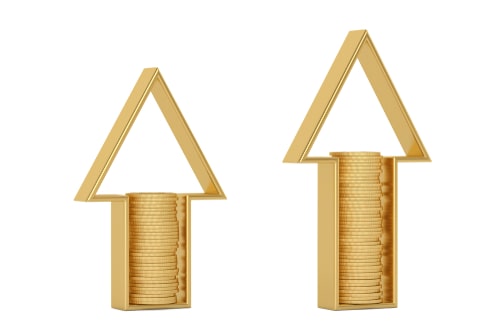 (Kitco News) Gold has been disappointing investors this year, but the precious metal's luck is about to change, at least according to DoubleLine CEO Jeffrey Gundlach.

"Gold went down to $1,681 on Monday on the close. That might be the low in gold for a while," Gundlach said in a webinar.

The DoubleLine CEO turned neutral on gold when it was above $1,800. "Certainly, that looks like it has been the right call," he said.

But at this particular juncture, "gold is very likely to bounce because the selloff has been pretty powerful."

Gold's fair value seems to be around $1,761 an ounce, Gundlach added, which gives the precious metal some room on the upside.

"Long-term gold is pretty interesting. Our model shows that gold is at fair value at $1,761," he said. "We don't think the decline in gold is likely to continue."

Gundlach pointed out that he is also bullish on commodities and negative on the dollar in the long term.

Inflation was another key topic covered by the webinar, with Gundlach saying that the headline inflation will breach 3% this summer and remain above that level for a few months.

There is even a chance that inflation could rise to 4%, which would "really spook" the bond market. "One could actually plausibly predict that headline CPI could go over 4% at some point in about four months from now," he added.

On the U.S. Treasury's front, Gundlach noted that the bond market is oversold. "I'd expect a modest or moderate decline in yields on the long-end ... It's pretty overextended sentiment-wise," he said.

Another new call that came out of the webinar was about market volatility, as Gundlach projected for the Cboe Volatility Index (VIX) to hit over 100 during the next big market downturn. The VIX has hit a record high of 82.69 back in March of last year during the selloff triggered by all the COVID-19 lockdowns.

Gundlach added that the stock market has not been more overvalued and reminded investors that the U.S. won't come out of recession until a recovery in both nominal and real GDP.

The DoubleLine CEO ended the webinar with the words: "Cheapest asset in the world right now is farmland."

2% of your portfolio should be in gold - Berkley's Barry Eichengreen

Another weak U.S. jobs report may be ahead, JPM data suggests