Too early to call a commodities 'supercycle', but watch these metals - CRU's chief economist 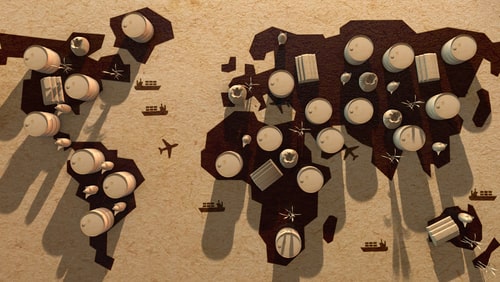 (Kitco News) Despite projecting higher prices, it is too early to call for a commodities' 'supercycle,' said CRU chief economist Jumana Saleheen.

There is no doubt that the economy will recover after the COVID-19 crisis, Saleheen said during the Prospectors & Developers Association of Canada's (PDAC) keynote titled 'The decade after COVID-19.'

"We are expecting a bumpy recovery. In the long-term, we expect some scarring. The economy will be 2.3% smaller than it would have been if we didn't see COVID," she said. "The 2020s are hailed as the decade for policy to steer the world from high-carbon to low-carbon economy."

A move to renewables will benefit the metals used in green technologies. The financing sector will also favor the green metals. But it is "too early to call a commodities supercycle," Saleheen pointed out while noting that an upward price movement is expected.

"In the industry, there is broad acknowledgment that there have been four commodity supercycles in past 100 years. The last one was driven by the rise of China. But today's market fundamentals are not enough to justify the supercycle."

Commodities prices may see "upswings," she added. "There is enough momentum to see a sustained price rally in copper and nickel in the medium term."

One of the main drivers for metals demand will be Asia, and that is excluding China, the chief economist noted.

Asia will rise in global importance during this decade. By 2050, China, Japan, India, and Indonesia will be in the top ten biggest economies.

This is very important for metals demand, Saleheen said. And even though China will become much more service-oriented and its metals consumption will decline, the rest of Asia will see a rise in metals demand.

"Metals demand from Asia, excluding China, will grow to offset the decline in Chinese demand," she explained.

The mining landscape will be changing, and base metals like copper and nickel will be primary beneficiaries. For example, nickel demand will almost double by 2030, according to CRU.

Governments will push for new climate policies, while industries will develop new technologies for renewables. The financial sector will drive ESG and investment risk management. At the same time, consumers' behavior changes to prefer to invest and buy green.

"Carbon pricing is seen as a key building block in reducing emissions," Saleheen said. "The U.S. Treasury Secretary Janet Yellen said that Biden believes in the principle of carbon pricing. We don't know what it means and how it will show up. But the principle is there."

Some metals supply gaps will emerge by 2030 in light of the changing landscape, especially for copper and nickel.

"Only 80% of copper and nickel demand will be met by existing projects. There is a 20% deficit in both. That doesn't mean there are no projects on the horizon, but in order for them to come on stream, they need to go through the process of permitting, feasibility, and financing," Saleheen said. "For coper, this means $100 billion of investment is required to meet those supply gaps."