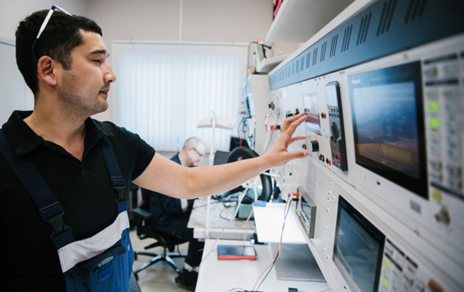 (Kitco News) - Nornickel, the world's largest producer of palladium and high-grade nickel and a major producer of platinum and copper, reported today that the industrial automation control laboratory of the Bystrinsky mine complex in Russia was equipped with a modern 3D printer.

With its help, Bystrinsky manufactures plastic parts for the equipment installed at the industrial site, which allows the company to reduce the time being spent on its repair and replacement of consumables.

"Raise3D Pro2 Plus is the best large format 3D printer in its class," said Nornickel's representative Nikolay Shchapov. "It allows us to print parts of the most complex configuration with a maximum size of 30 by 30 cm and a height of up to 60 cm," added Shchapov.

According to Nornickel, previously, spare parts had to be ordered from manufacturers, which lengthened the time of repair work. Now they are made independently, directly at the production site. Today they are already in use at the processing plant, the site of the auxiliary shops and in other divisions of the mine complex. This 3D printer is also allowing to make parts remotely.

Norilsk Nickel is a diversified mining and metallurgical company, the world's largest producer of palladium and high-grade nickel and a major producer of platinum and copper. The company also produces cobalt, rhodium, silver, gold, iridium, ruthenium, selenium, tellurium, sulphur and other products.

The production units of Norilsk Nickel are located at the Norilsk Industrial District, on the Kola Peninsula and Zabaykalsky Krai in Russia as well as in Finland and South Africa.