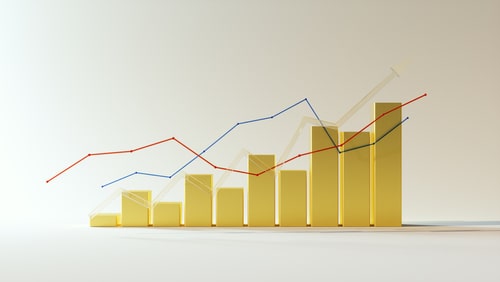 (Kitco News) U.S. President Joe Biden is reportedly looking to include the first major tax increase since 1993 in his next spending bill. While still far away from reality, the tax hike could benefit gold, but it all depends on how the Federal Reserve responds, according to analysts.

Biden wanting to raise taxes to pay for spending is not a surprise for the markets, but more details are starting to emerge this week as to what exactly he might be looking at.

The tax hike is said to be part of Biden's long-term economic program that will be a follow-up to the $1.9 trillion pandemic relief bill, Bloomberg reported, citing people familiar with the matter. It would help fund government spending, including infrastructure, climate, and more.

The proposals currently on the table include raising the corporate tax rate from 21% to 28%, bumping up the income tax rate on $400,000+ earners, expanding the estate tax, and raising the capital-gains tax rate for individuals earning at least $1 million annually, Bloomberg said.

Even though this is still far in the future, the impact of this would be significant on the markets. Theoretically, anytime you increase corporate taxes, that ultimately means that earnings tend to drop.

"When Trump had that $1 trillion stimulus in the form of lower taxes for corporations and income, that almost immediately moved the price equities higher. Now, you can certainly imagine the reverse of that. Higher corporate taxes imply a bit of fiscal drag. On the one hand, you're spending more, but on the other hand, you're taking money away from the economy," TD Securities head of global strategy Bart Melek told Kitco News.

The reason Biden is looking at this tax hike is because of the propensity to consume argument. "Basically, what you're doing is taking wealth away from the upper end of the income distribution, people making 400,000 plus, and you're distributing it to the folks who make less money," Melek said. "

The theory behind this is that the lower-income families have a much higher propensity to consume, meaning that the vast majority of people in that bracket will spend that money, and it will go directly into consumption.

What ends up happening in the long-term is a drag on investment on the corporate side, impacting production and supply. At the same time, the rate of consumption increases, which triggers inflation.

The equity markets will also not rally as much in this scenario, which is good for gold as the two are inversely correlated, OANDA senior market analyst Edward Moya told Kitco News.

"Expectations that this economy could run hot could raise concerns of 'taper tantrum' fears, which will trigger the return of the safe-haven trade and that will be bullish for gold. Going to see investors be constructive on gold," Moya added.

There is no way that raising the capital gains tax won't hurt the stock market, said Phoenix Futures and Options LLC president Kevin Grady. "Money goes where it is treated best. Right now, people are chasing yields. They want to find the higher yield," he said.

The common thinking is that the tax hike would trigger a run on equities, which will promote a run on crypto, said Walsh Trading co-director Sean Lusk.

"Changes in tax policy could create a drawdown, where major stock indexes go negative of the year. If that should occur, we should get a bid on gold," he said. "The biggest thing to watch is how it will affect the U.S. dollar and bond yields. If the Fed ends up raising rates, it will hurt gold."

How the Federal Reserve responds to this scenario, especially in light of higher inflation, will be essential when looking at future gold price performance.

If the central bank remains accommodative, gold will do well. But if it decides to hike sooner-than-expected, gold might take another hit.

"You might have a situation where the Fed continues to be accommodative and artificially keeping rates down. Spending will continue, and you get a bit of inflation, and real rates end up being very low. Gold should in that environment, probably do a little better," Melek said. "If the Fed wants full employment, it will keep rates low. If it targets inflation, gold doesn't do so well."

It is important to keep in mind that the U.S. government is still months away from anything being passed. The tax hike proposal will change quite a bit as it goes through the discussion process, Moya said.

"Biden knows he will not have bipartisan support in the next couple of months to deliver massive tax hikes. We are in the early stages of this discussion. We have to prepare ourselves that this initial proposal will go through a myriad of changes. This is not the final version," he noted.

Also, there might not be enough appetite for another deficit-financed bill, said Capital Economics chief commodities economist Caroline Bain. Paying for new infrastructure spending with tax hikes could also be very difficult to pass.

"Our U.S. economics team is quite skeptical that there will be another major package and are treating it as only an upside risk to growth at the moment," Bain told Kitco News. "No Republicans would vote for it, and it's not clear if the centrist Democrats would be on board either. In terms of the economic impact, any boost would be spread out over a number of years, and if it was paid for with tax hikes, the initial impact could even amount to a fiscal tightening."

At the end of the day, markets won't react to the tax hike news until it goes into a vote, Lusk added. And by that time, it will likely be a modified version of what is being reported today. "How much money printing is going to come after the $1.9 trillion package? It would be gold friendly and dollar bearish if they were to enact another $2-$3 trillion infrastructure bill," he said.