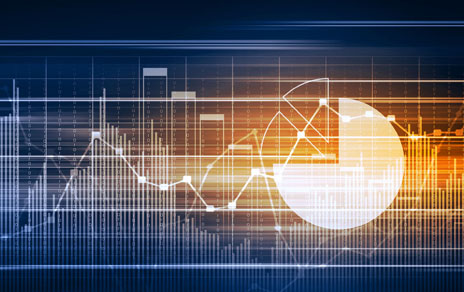 1. Escondida, Chile. 1,156 ktonnes.
Named after the Spanish for 'hidden', Escondida is a copper mine located Atacama Desert in Northern Chile and is the world's largest copper mine by output. Open since 1990, it is one of the deepest open-pit mines in the world. Escondida is majority owned and managed by BHP (57.5%), with Rio Tinto (30%) and Japan Escondida (12.5%) the other joint owners. The mine accounts for about 6% of global copper production.

2. Collahuasi, Chile. 629 ktonnes.
Collahuasi, the second-largest copper operation in Chile and around the globe, is jointly owned by Anglo American (44%), Glencore (44%) and Mitsui (12%). The mine is located at high altitude — between 3,000 and 5,000 metres above sea level. Most of the concentrate produced at Collahuasi is sold to smelters in China for further refining.

3. Morenci, USA. 445 ktonnes.
Located near Morenci, Arizona, United States, Morenci is the largest copper mine in North America. It is jointly owned by Freeport-McMoRan and Sumitomo, with Freeport-McMoRan being the majority owner and operator.

4. El Teniente, Chile. 443 ktonnes.
El Teniente is currently the world's largest underground copper mine and one of the largest by reserve size. It is located about 2,300 metres above sea level in the Andes of central Chile. Chilean state copper miner Codelco, which owns and operates El Teniente, plans to boost production at the mine to more than 500,000 tonnes per year by 2025.

5. Buenavista, Mexico. 432 ktonnes.
One of the largest copper mines in the world by reserve, Buenavista, also known as Cananea, is located approximately 35 km south of the US-Mexico border in Sonora state. Owned by Grupo Mexico (Southern Copper), it is one of the oldest open-pit mines in North America.

6. Chuquicamata, Chile. 401 ktonnes.
Chuquicamata, one of the largest open pit copper mines and the second deepest open-pit mine in the world, is located 1,650km north of Santiago, Chile. The mine, popularly known as Chuqui, has been operating since 1910. The century-old copper mine is owned and operated by Codelco and forms part of the company's Codelco Norte division, which includes the Radomiro Tomic (RT) mine found on the same mineralised system.

9. Cerro Verde, Peru. 372 ktonnes.
Freeport-McMoRan's Cerro Verde mine is an open-pit copper and molybdenum mining complex located about 20 miles southwest of Arequipa, Peru. Apart from Freeport, other stakeholders of the mine are SMM Cerro Verde Netherlands, a subsidiary of Sumitomo Metal (21%), Compañia de Minas Buenaventura (19.58%), and public shareholders (5.86%).

10. Grasberg, Indonesia. 367 ktonnes.
Freeport-McMoRan mines one of the world's largest copper and gold deposits in the Grasberg minerals district in Papua, Indonesia. In addition to copper and gold, the company produces silver. Freeport has a 48.76 percent interest in its subsidiary PT-FI and manages its mining operations. The company continues to achieve important milestones in ramping-up production of large-scale quantities of copper and gold from its significant underground ore bodies.