The new global currency: cryptocurrency spending on the rise as transactions grow 300% in two years 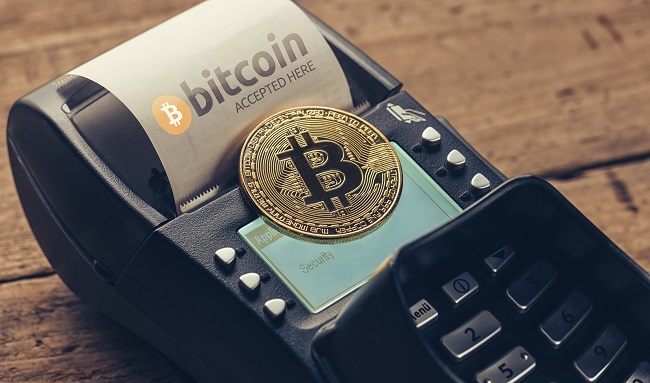 (Kitco News) - Bitcoin continues to attract a lot of investor attention following its recent new high above $61,000; however, one company says that the cryptocurrency market is more than just a momentum trade with crypto spending on the rise.

According to a recent internal report from the world's largest crypto payment processor CoinPayments, from the first quarter of 2019 to the fourth quarter of 2020, the North American cryptocurrency market saw a 300% increase in transactions as more businesses and merchants embraced digital currencies.

"Cryptocurrencies continue to solidify their role in the global financial landscape. Consumers see real value in the market and are using them more and more in their daily lives," Jason Butcher, CEO of CoinPayments, told Kitco News. "We are seeing the start of what will be a bigger trend for cryptocurrencies."

The latest rally in Bitcoin has pushed the digital currency's market capitalization to over $1 trillion. Meanwhile, CoinPayments said that total transaction volume for Bitcoin in North America rose to $153.65 million in the fourth quarter of last year.

Not only are transaction volumes on the rise, but average transaction sizes are also growing, which could imply that people have more trust in cryptocurrencies, according to Butcher.

When looking at the sectors that are attracting the most flows, the average crypto transaction size to pay for financial services totaled $531 in the fourth quarter of 2020, up 41% from the first quarter of 2019.

Many analysts have noted that Bitcoin is attracting a lot of investment demand as investors look for alternative assets to protect against the rising inflation threat. Some analysts have pointed out that Bitcoin's run - with more than 100% gains so far this year - has taken some luster away from gold, which is seen as a more traditional inflation hedge.

"Not only are cryptocurrencies effectively protecting your wealth, but consumers are able to use them as a global currency," Butcher said.

As the leader in the crypto space, Bitcoin has achieved some significant milestones. Not only has its market value reached $1 trillion, but earlier this year, it surpassed the market cap of the Dow Jones Industrial Average.

Mike McGlone, senior commodity strategist at Bloomberg Intelligence, said in a recent report that Bitcoin's surging value is just starting. He added that he sees the potential for Bitcoin to surpass Amazon in market value.

"Well, on the way to becoming a global digital reserve asset, there is plenty of potential for Bitcoin to reach a higher market cap than the single dominant company," McGlone said in the report.