'5% in gold, 5% in bitcoin': Jim Cramer tells investors to drop 'half of their gold' 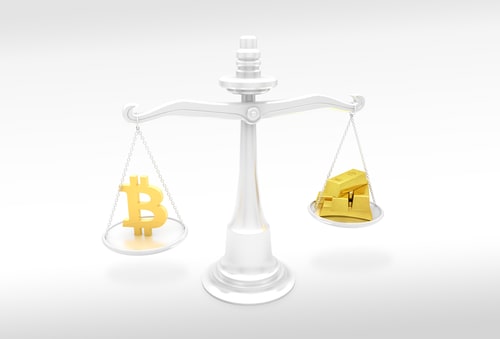 (Kitco News) CNBC's Jim Cramer just changed his mind on the gold versus bitcoin debate, telling investors that instead of holding 10% of their portfolios in gold, it was time to switch to the 5% gold, 5% bitcoin allocation.

"I have, for years, said that you should have gold ... but gold let me down," Mad Money's host Cramer said during his appearance on the Pomp Podcast. "Gold is subject to too many vicissitudes. It's subject to mining issues. It's frankly subject to failing in many cases."

When asked by Anthony Pompliano, the co-founder of Morgan Creek Digital Assets, whether people will be dropping their gold for bitcoin? Cramer replied: "If they listen to me, they will drop half their gold."

He further advised having an open mind when looking at bitcoin. "What matters isn't how old you are, but whether you are young enough in hearing someone who knows more than you," Cramer said.

"After talking to Pomp, I said: 'what am I doing, not protecting myself in what I've been saying to people could be hyperinflation. Even if there is just plain old inflation, why not get in?'"

Cramer added that Pompliano made him "a ton of money" after inspiring him to invest $500,000 in bitcoin.

"It happened just as you said," he told Pompliano. "It also happened much faster than you said, but I'm very grateful — and you know who else is grateful? My kids."

The only thing Cramer seemed to be conflicted about it is whether to classify bitcoin as a currency or an asset class.

Pompliano chimed in, stating that 60% of bitcoin hasn't moved in the last 12 months. "That tells me that majority is being used as a store of value. Technically, bitcoin can be both - currency and store of value," he said.